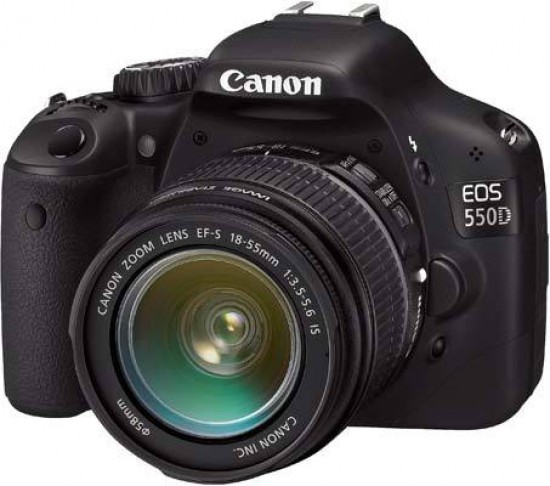 All of the sample images in this Review were taken using the 18 megapixel Fine JPEG setting, which gives an average image size of around 6Mb.

During the review, the Canon EOS 550D / Rebel T2i produced images of outstanding quality. The resolution is absolutely best in class, though you will want to shoot RAW for best results and possibly purchase something else than the 18-55mm IS kit zoom we had in for testing, as it does not do the camera full justice, even stopped down (the camera is available in a number of kits and there is a body-only option as well.) Noise handling is also very good considering the pixel density. Shooting RAW is again a good idea if you plan on taking lots of high-ISO shots, as you can get better detail with less chroma noise than by shooting JPEG. As regards the colours, we have found them to be a little on the dull side, though this is nothing you can't change in-camera, by way of tweaking the available Picture Styles or creating your own. The camera's Highlight Tone Priority mode allowed us to retain more highlight detail in contrasty scenes than would otherwise be possible without underexposing the midtones and the shadows. The built-in flash caused no red-eye, and the night photo came out very well. Overall, a very good showing from a camera that has considerably smaller pixels than some of its competitors.

ISO sensitivity can be set between ISO 100 and ISO 6,400 in full-stop increments, and a boosted setting of ISO 12,800 is also available. Here are some 100% crops which show the noise levels for each ISO setting, with JPEG on the left and the RAW equivalent on the right: The RAW files were developed with Lightroom 3 Beta 2, using the software's default settings.

The Canon EOS 550D / Rebel T2i has 2 different JPEG file quality settings available, including Fine and Normal, with Fine being the higher quality option. Here are two 100% crops which show the quality of the two options.

The EF-S 18-55mm f/3.5-5.6 IS kit lens handled chromatic aberrations well during the review, but on a couple of occasions, it produced some nasty purple fringing even stopped down. The examples shown here at 100% represent the absolute worst results you can expect from this lens mated to the EOS 550D / T2i.

The flash settings on the EOS 550D / T2i are Auto, Manual Flash On/Off, and Red-Eye Reduction. These shots of a white coloured ceiling were taken at a distance of 1m.

The Canon EOS 550D's maximum shutter speed is 30 seconds and there's a Bulb mode for even longer exposures, which is excellent news if you're seriously interested in night photography. The shot below was taken using a shutter speed of 30 seconds, aperture of f/8 at ISO 100. Here is a 100% crop of the image to show what the quality is like.

The Canon EOS 550D's EF-S 18-55mm f/3.5-5.6 IS kit lens offers image stabilisation, which allows you to take sharp photos at slower shutter speeds than with lenses that lack this function. To test this, I took 2 handheld shots of the same subject with the same settings. The first shot was taken with Image Stabilisation turned off, the second with it turned on. Here are two 100% crops of the images to show the results. As you can see, with Image Stabilisation turned on, the images are much sharper than with anti-shake turned off. This feature really does seem to make a difference and could mean capturing a successful, sharp shot or missing the opportunity altogether.

Highlight Tone Priority is a custom function (C.Fn-6), which can be enabled from the menu. Use of this custom function improves highlight detail by expanding the camera's dynamic range in the highlights. To test the effectiveness of this function, I photographed the same high-contrast scene in M mode at ISO 200 (the lowest sensitivity setting available with Highlight Tone Priority enabled), exposing for open shade. The bright, sunlit buildings were several stops brighter. As you can see from these examples, Highlight Tone Priority reduced the extent of highlight blow-out considerably. The 100% crops also reveal that highlight detail was better retained and defined.

Peripheral Illumination Correction, first seen in the EOS 500D, is an in-camera solution designed to reduce the effect of light fall-off in the image corners. It works, though the difference is not night and day.