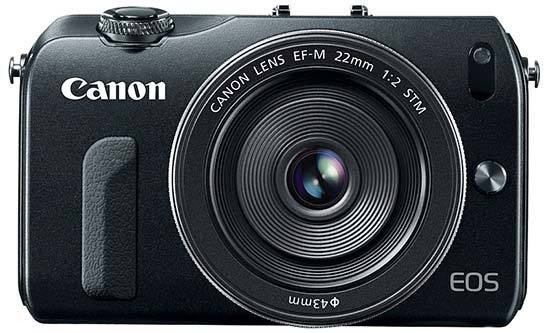 Using the 18-55mm kit zoom in the main on the EOS M we were very impressed with the quality achievable at various focal lengths, with consistently pin sharp results and some lovely DSLR-like shallow depth of field effects achievable, even without resorting to dragging on-screen toolbar icons left or right to achieve similar. We were playing with the EOS M at the same time as Sony’s equally new (and similarly priced) NEX-6 with 16-50mm power zoom and the Canon would seem to have the edge for crispness of detail.

With detail retained reasonably well into the corners at maximum wide angle – if our white wall test shots do reveal a very slight fish eye effect - inevitably familiar compact camera bugbears such as purple pixel fringing rear their head between areas of high contrast in an image, but as this is to be expected it is hardly a deal breaker. And, on default ‘Standard’ picture setting the Canon EOS M delivers some lovely colour tones that are pleasantly warm-ish without being unrealistically so. It’s worth remembering that the picture effects can only be used when shooting JPEGs, not Raw files, either singularly or in combination with JPEGs.

In terms of low light shots, though the top whack setting of ISO25600 produces very gritty looking images, detail is fairly well maintained and the tell-tale watercolour look usually seen at higher ISOs is well avoided. Indeed the appearance of shots at this setting are better than many cheaper compacts can manage at the lower ISO1600, with the larger sensor here obviously strutting its stuff. At ISO1600 on the Canon, the appearance is similar to what smaller sized compacts manage at ISO800, so this is the setting to go for if you want the best compromise between noise and low light detail. Not a bad result for a compact camera of any description.

The flash settings on the EOS M are Auto, Manual Flash On/Off, and Red-Eye Reduction. These shots of a white coloured wall were taken at a distance of 1m.

The Canon EOS M's maximum shutter speed is 30 seconds and there's a Bulb mode for even longer exposures, which is excellent news if you're seriously interested in night photography. The shot below was taken using a shutter speed of 1/2 seconds ISO 6400.