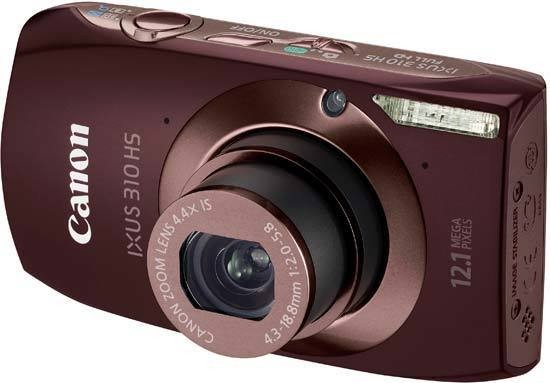 We found the image quality achievable with the IXUS 310 HS was nigh identical to that provided by the physically slimmer, non-touch screen IXUS 220 HS, sharing the same resolution and sensor.

That's to say this Canon snapshot generally impressed us with sharply detailed results, though set against that we witnessed regular bugbears like pixel fringing between areas of high contrast, leaning verticals when shooting at maximum wideangle and, if we're being picky, slight loss of sharpness towards the corner of frame at maximum wide angle.

With as a default the camera biasing whatever is dead centre of frame, most will be pleased with the results hwoever, and images are generally well exposed and crisp in terms of detail – as long as you don't enlarge portions and scrutinize them too closely.

Performance doesn't drop significantly in when it comes to low light shooting either, and it is this respect that we were most pleased with the camera's capability. Here the top setting of ISO3200 when combined with an f/2.0 maximum aperture is actually usable; a setting at which the performance of most point and shoot cameras is degraded significantly to resemble something closer to a watercolor than a photograph. That's not the case here and even the three megapixel Low Light mode delivered a pleasingly sharp result when faced with our regular doll test subjects.

There are 6 ISO settings available on the Canon IXUS 310 HS. Here are some 100% crops which show the noise levels for each ISO setting.

The Canon IXUS 310 HS handled chromatic aberrations well during the review, with limited purple fringing present around the edges of objects in certain high-contrast situations, as shown in the examples below.

The Canon IXUS 310 HS offers a Macro setting that allows you to focus on a subject that is 3cms away from the camera when the lens is set to wide-angle. The first image shows how close you can get to the subject (in this case a compact flash card). The second image is a 100% crop.

The flash settings on the Canon IXUS 310 HS are Auto, Flash On, Slow Synchro, and Flash Off, with Red-eye Correction and Red-Eye Lamp settings available via the Flash Settings main menu option. These shots of a white coloured wall were taken at a distance of 1.5m.

The Canon IXUS 310 HS's maximum shutter speed is 15 seconds in the Long Shutter mode, which is good news if you're seriously interested in night photography. The shot below was taken using a shutter speed of 1/13th second at ISO 800. I've included a 100% crop of the image to show what the quality is like. The camera takes the same amount of time again to apply noise reduction, so for example at the 5 second setting the actual exposure takes 10 seconds.