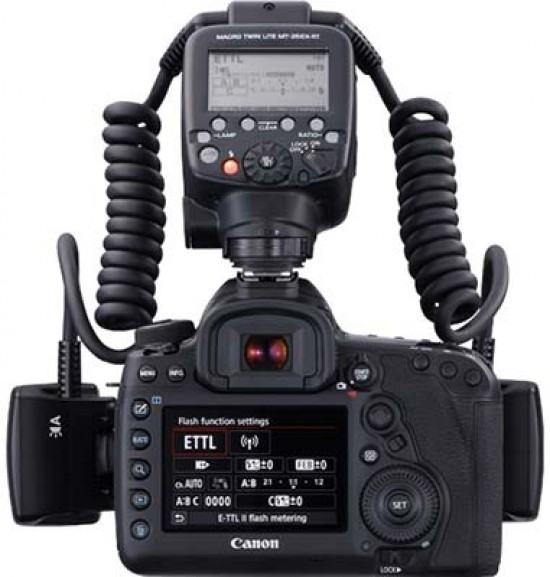 It features twin lights which are movable and can be positioned at five degree intervals around the lens and pivoted and rotated for maximum control when shooting close-up subjects.

A follow up from the MT-24 Macro Twin Lite, it’s particularly useful for illuminating products and other macro-type subjects when shooting indoors. You can also use it for portraits to illuminate specific parts of the subject.

There are a number of other functions which make it useful for professional photographers, including the ability to control additional Speedlites from this unit and a rapid flash recharge time. The interface and operating controls have been improved from the previous version of the flash to make it easier to use. 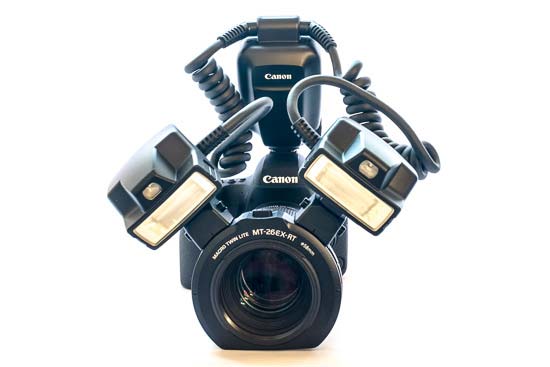 The MT-26 EX RT is certainly an unusual looking piece of kit, looking rather alienesque when attached to your lens.

We’ve been using it with a 100mm f/2.8L Macro lens - to attach the Macro Lite to this lens, you need a separate adapter (Macrolite Adapter 67 - around £30) which screws onto the front of your lens. The Macro Lites have a 58mm thread, so any other Macro Lens you want to use it with will either need to match this number, or you’ll need to use an adapter.

Once the adapter is screwed on to your macro lens, the Canon Macro Twin Lite MT-26EX-RT is very easy to attach. A button at the top of the Twin Lite ring can be pushed in, and simply slotted over the the adapter thread. You can twist it to tighten it up, but make sure you remove the lights before you do so to avoid unnecessary tangles. 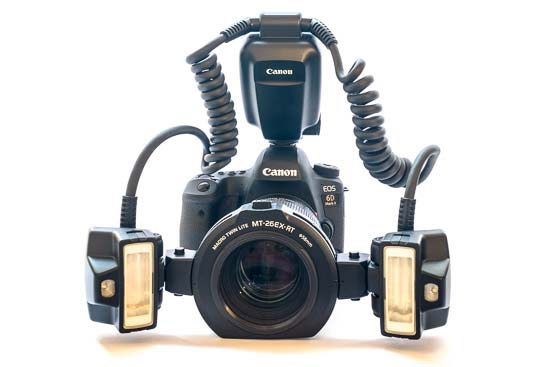 The control unit for the twin lites attaches to the camera’s hotshoe as normal, with a lock switch at the bottom to secure it in place. The twin lites are attached to the main unit via thick cables, and can be slotted into the two protrusions from the main ring. From here, you can position the lites in five degree intervals around the lens - having both the lites in the same equivalent position, or completely different ones if you like.

It’s also possible to rotate each of the lights, again completely independently, as well as pivot them inwards and outwards. The fact that you can remove the lights from the holders also means you can position them directly above your subject by hand - working as a kind of small, off-camera flash.

If you’ve worked with one of Canon’s speedlites before you’ll probably be familiar with the Canon Macro Twin Lite MT-26EX-RT's base unit and its controls. 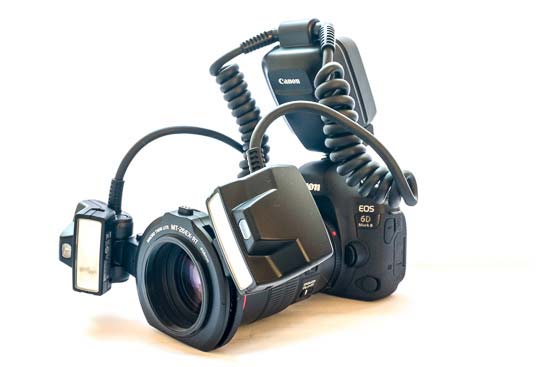 There’s a switch to turn the flash unit on or off, as well as a lock option to make sure you don’t make any accidental changes when the flash is switched on. You can switch between using ETTL mode and manual flash modes by pressing the “Mode” button, using the scrolling dial to choose between the two options.

The “Lamp” button switches on the LEDs found on each of the Lites which can be used as modelling lights. This is particularly useful if you’re photographing in limited lighting, and want to compose your image before you trigger off the flash. 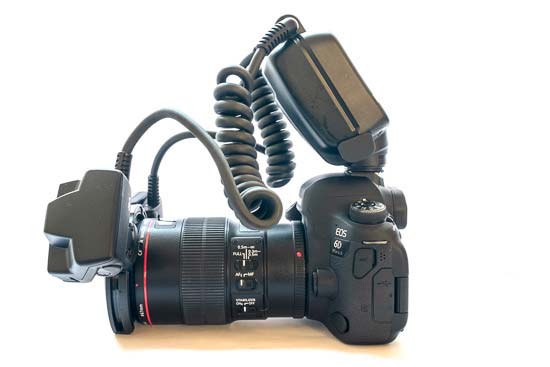 A row of four buttons in the middle of the unit can be used to set various functions, including exposure compensation and bracketing. It’s also from here that you can control additional speedlites, using this unit as the master.

Also included in the box is a set of diffusers for the flash, which you can attach to soften the light coming from the units. This is useful if you want to get close, but don’t want the light to be overly harsh on your subject. 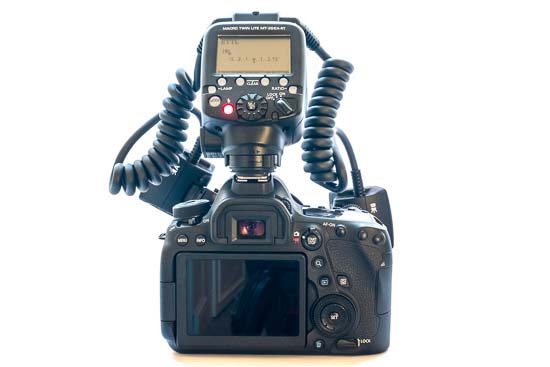 The Canon Macro Twin Lite MT-26EX-RT flash unit takes four AA batteries. You can use rechargeable batteries if you like, but standard AAs which you can find in any shop work fine. An optional battery pack is available, which gives you a quicker recycle time than the standard 5.5 seconds as promised when using  the standard batteries.

A carry case for the flash unit is included in the box, too. 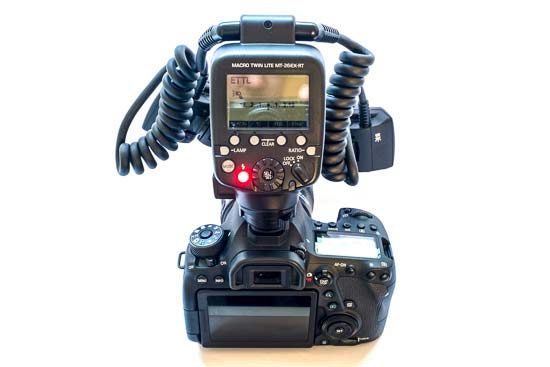 When using the Canon Macro Twin Lite MT-26EX-RT close to a subject (as is the nature of macro photography), you’ll find that the lighting is quite harsh if you point the lites directly at your subject.

They will however bring out the intricate detail of your subject, and so are perfect for those who need the finest detail possible. You can also position the lights to be used in different ways to make the light less harsh, or to create different effects.

Using the additional diffusers packaged in the box is also a good way to soften the light, while still bringing out a good amount of detail. 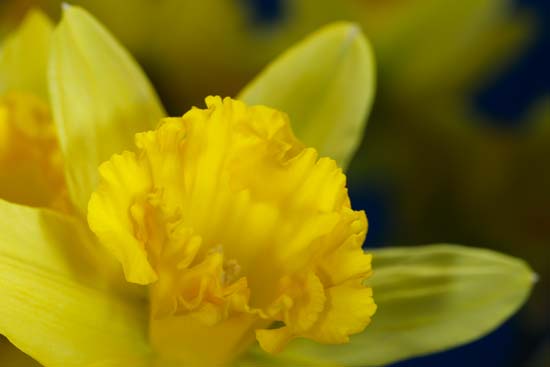 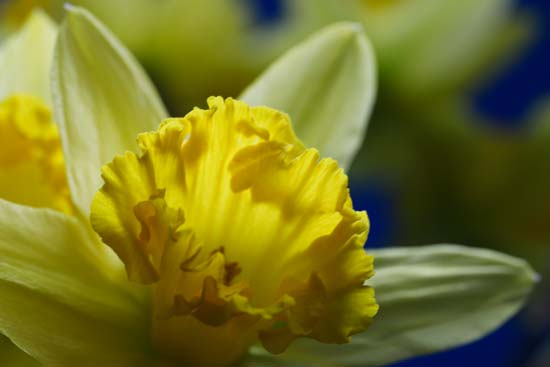 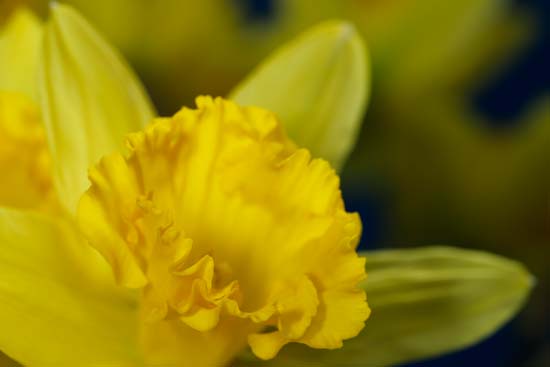 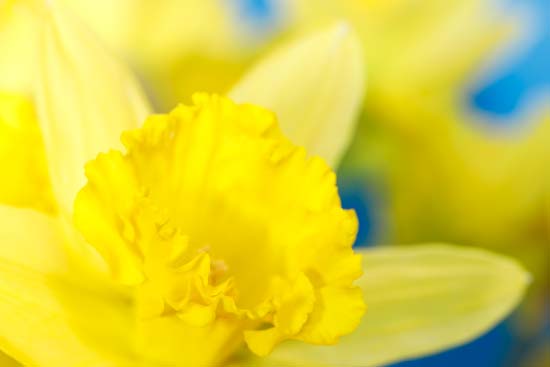 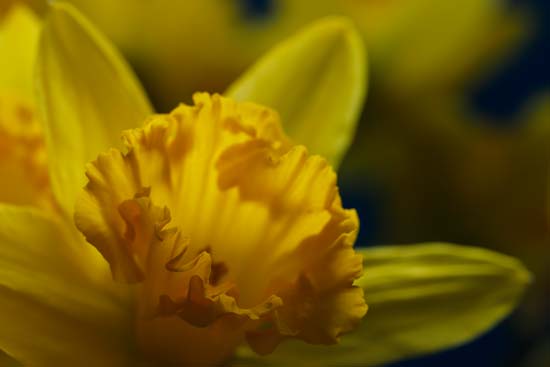 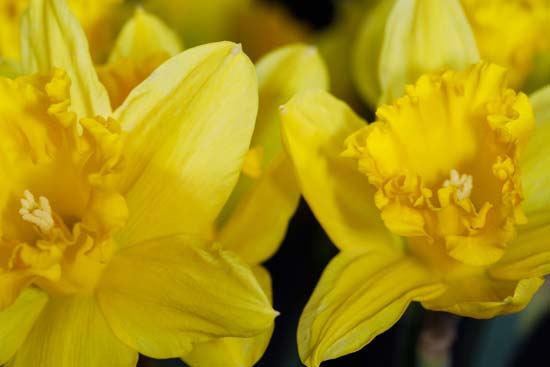 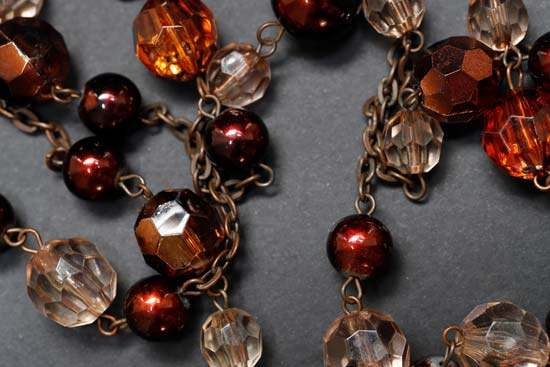 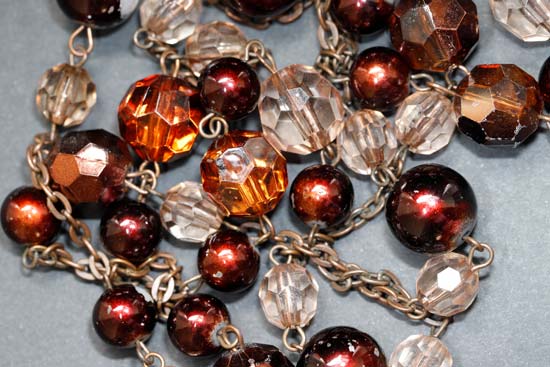 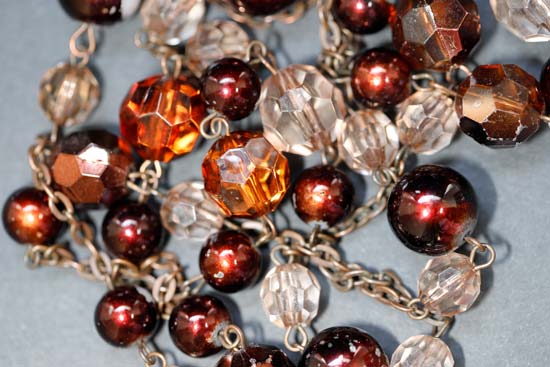 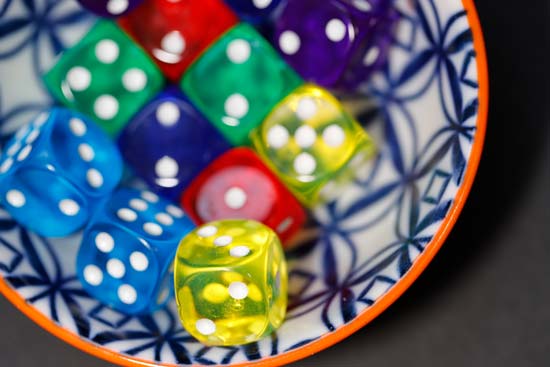 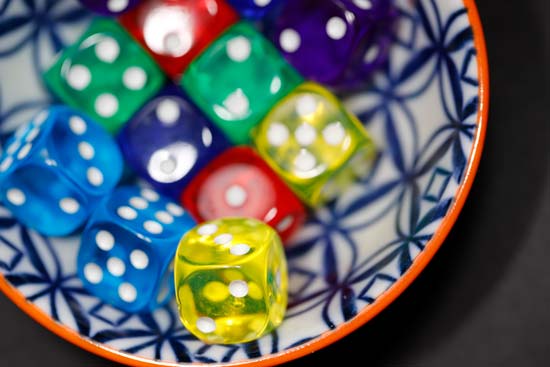 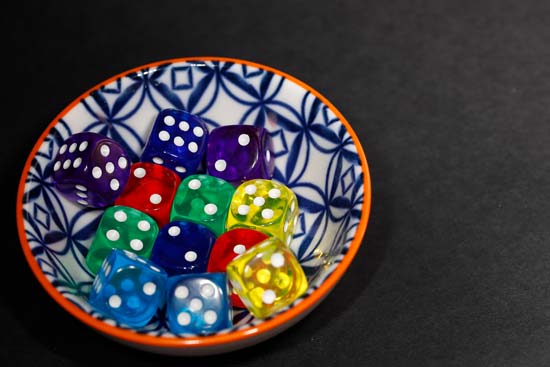 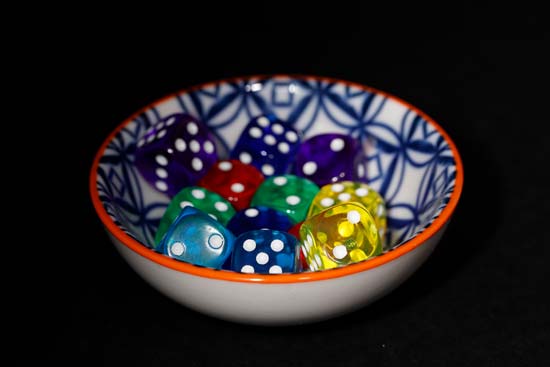 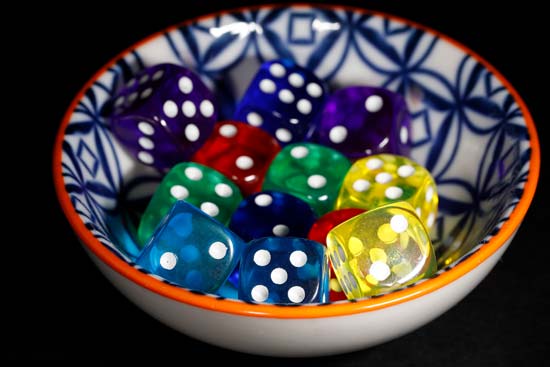 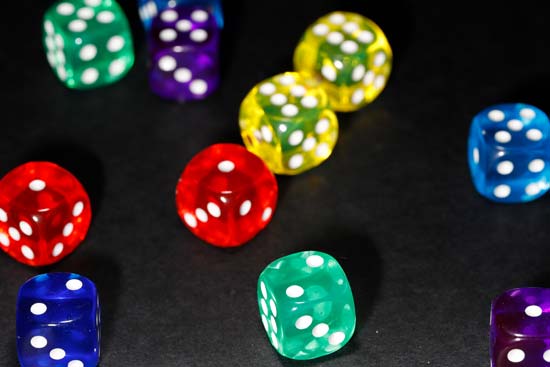 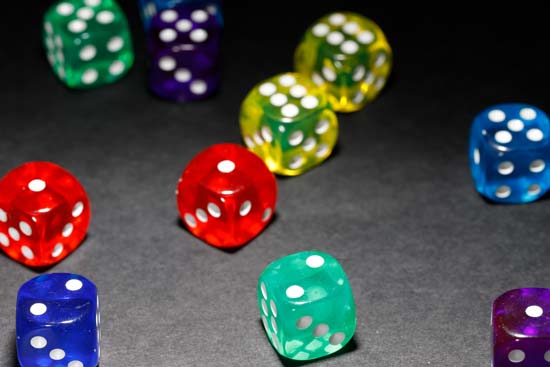 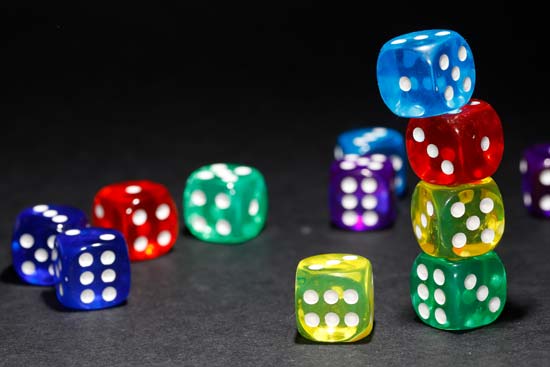 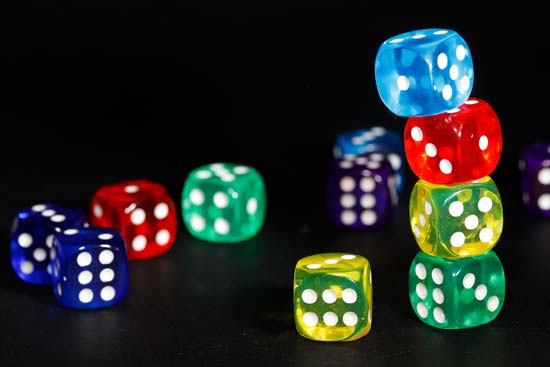 The Canon Macro Twin Lite MT-26EX-RT is by no means a cheap piece of equipment, but it is intended as specialist kit for professional photographers who specifically need this kind of approach to flash photography.

While it’s true that you can use standard flashguns for macro work, the flexibility here to not only get close to your subject, but to position the two smaller lights in different locations means that you can illuminate your close-subjects exactly how you want them.

Particularly appealing to product photographers, the Macro Twin Lite MT-26 EX RT also has good uses for those who like to photograph flowers or small insects - the fact that the flash has a quick recharge time is particularly useful for quickly capturing subjects that are prone to move between frames.

If your budget doesn’t quite stretch to the high asking price of the Macro Twin Lite MT-26 EX RT, then you may consider looking at the older model - the MT-24 EX RT.

It’s a shame that adapters for the Macro Twin Lite MT-26 EX RT aren’t included in the box as standard to make it ready to use from the moment you get it - it would seem like an obvious choice to at least include an adapter for the popular 100mm f/2.8L Macro lens, but, so long as you’re aware that you need one of these, you can factor it into your budget.

Overall, the Macro Twin Lite MT-26 EX RT is unlikely to be something that most enthusiasts won’t be in the market to buy, but if your primary concern is macro photography, it’s certainly something to consider.