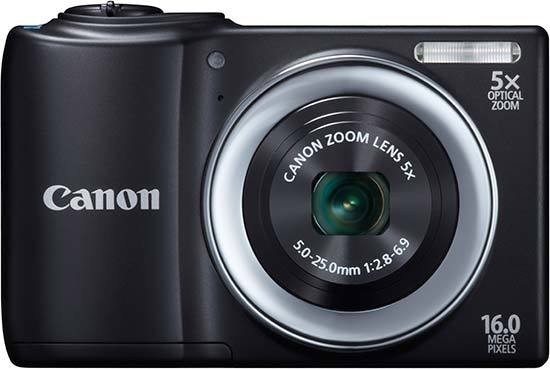 Viewing the Canon PowerShot A810 images from a normal distance on a computer, the low ISO versions look good. They're clean and sharp with no invasive colour. The type of photograph that you'd expect to see at that setting. However, on closer inspection - viewing them at full magnification - although the pictures are sharp, there's blobs of light green in the darker areas. Our sample shot shows this on the bellows of the folding camera between the lens and the pocket watch. On the other hand, the images are sharp with no edge definition, colours are realistic with just the right amount of saturation. As we move through the stages, the colour invasion seems to exacerbate, albeit slowly. It's not until ISO 400 that we see significant change in the quality of pictures.

Green noise is now rife through the darker areas while salt and pepper noise also begins an assault scattering itself all over the black and mid-tone sections of the pictures. At ISO 800, this starts to affect the edges of fine lines such as writing on a lens which begins to break down. Colours are starting to get muted as noise reduction begins to desaturate the image in an attempt to remove noise. At ISO 1600 - the top most setting - colour noise has overtaken the image and is waving a territorial flag from the battlements. Noise reduction tries to correct the problem to no avail. Green colour has taken over all areas except the most brilliant white. Image quality is a futile conversation and edge definition has disappeared.

If you view the pictures from the Canon PowerShot A810 at a normal viewing distance then the sharpening is certainly beneficial. However, magnifying the images simply shows up the decline in image quality that happens when even the simple sharpening takes place.

We found a variety of instances where we thought that the Canon PowerShot A810 had suffered from chromatic aberrations. However, we think that some of the cases are lens flare so we disregarded them, giving the camera the benefit of the doubt. The samples we've chosen are definitely CA though, the contrasting green and orange lines is a trademark trait. As usual, the problem only occurs on high contrast areas and towards the edges of the frame where image quality drops off.

The macro facility of the Canon PowerShot A810 is 3cm although we didn't feel as though we were getting that. The centre of the frame is pin sharp but image quality does drop off scarily quick. It looks on our sample as though only around 10% of the image is actually sharp. Play this right and it can work to your advantage as a sweet spot.

There's a little amount of vignetting at wide-angle when the flash is off and, while difficult to see, is also present at full zoom, although not as much. Adding flash doesn't alter the results much (with the exception of slightly lighter corners) but it does stabilise the light in front of the camera so it's not so rogue. Light does fall off to the corners the same way and at the same point.

To enable taking brilliant night pictures, the Canon PowerShot A810 has done away with the night scene mode and has the far superior Long shutter. This mode enables you to decide how long the shutter stays open for. You can choose anything up to 15 seconds. Focusing on the image will give a preview as the camera also exposes for the shot thinking that you're going to take a picture. This will show you whether the image will be balanced. We took our sample shot at sunrise and there's little difference in the exposure value. The great advantage this mode has over Night scene and Auto/Program is that you can control the shutter speed AND the ISO.