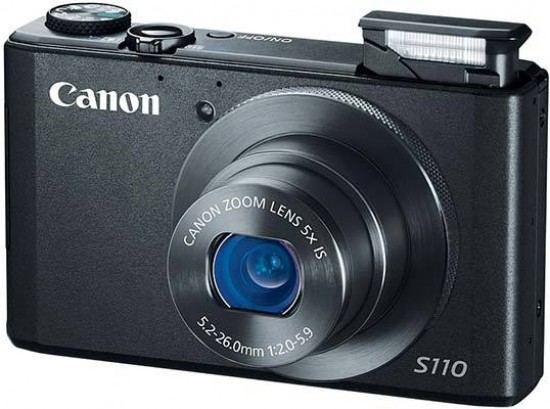 The Canon PowerShot S110 may look a lot like its predecessor, but faster auto-focusing, a touchscreen LCD, expanded ISO range and built-in wi-fi all add up to make this a more well-rounded proposition than the S100 that it replaces. Image quality is essentially the same though, despite the new sensor, the useful hand-grip has been inexplicably removed, the battery life is still pretty shocking, GPS is now only available via pairing with a smartphone, and the price remains sky-high.

Image quality remains excellent, with a perfectly usable ISO range of 80-1600 and fast f/2.0 maximum aperture, albeit only at the wide-angle lens setting, making the S110 very well-suited to low-light, hand-held photography. It's also possible to capture the blurred backgrounds and sharp subject that most compacts struggle to achieve, while the 5x zoom offers a longer reach than some rivals, albeit with a somewhat inevitable increase in the maximum aperture to a rather slow f/5.9 at 120mm. Full 1080p video with continuous auto-focusing, stereo sound and full use of the zoom is the icing on the imaging cake.

The price of the S110 is an eye-watering £429.00 / $449.99. As with its predecessor, while some will question such the cost for what is after all a mere compact camera, for many the S110 will make perfect sense both economically and logically - it's still the smallest camera on the market to offer such a wide array of DSLR-like features and excellent image quality to match, topped off by a refined user interface that is a pleasure to use. A year is a long time in the world of cameras, though, and we feel that the S110 has been overtaken by the Sony Cyber-shot RX100, a slightly bigger model with a much larger sensor that delivers even better results. Still, if you want one of the smallest premium compacts around, then the new Canon PowerShot S110 certainly fits the bill.