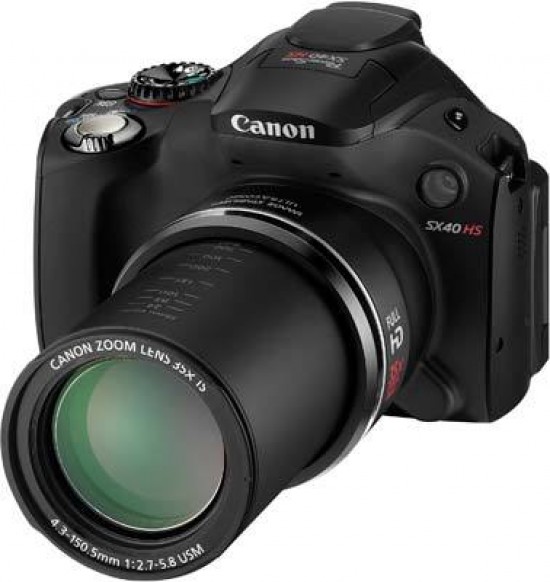 All of the sample images in this Review were taken using the 12 megapixel JPEG setting, which gives an average image size of around 3Mb.

If you don't yearn for DSLR type sharpness from the Canon PowerShot SX40 HS and expect to find blur intruding the nearer you shoot to maximum telephoto setting in direct proportion to the amount of available light - if shooting handheld and without flash - then you won't be overly disappointed or surprised by the image quality the SX40 HS delivers. Results for us were neither quite as bright nor sharp as that from Panasonic's Lumix DMC-FZ150, though in fairness that does feature a more modest zoom range. Pictures straight out of the Canon appeared a little 'flat' and lacking in contrast straight out of the camera although this is easily put right with a few seconds of Photoshop to arrive at something slightly more visually dynamic. Will the camera's intended target audience bother doing this though we wonder?

While it's great and very satisfying to be able to get a wide range of subjects into frame from a single vantage point that will have any camera with a zoom range less than 10x subsequently seeming almost frustrating in comparison, it really is in bright light that the SX40 HS struts its stuff when shooting handheld.

If you do have a steady surface however, it is worth experimenting with the upper reaches of that ISO range. Though some very, very fine grain is intruding at ISO 1600, it's nothing to get worked up about, while at ISO 3200, processing kicks in to such an extent that results almost appear better, if a little softer overall. Both top settings are perfectly usable however, especially, as we say, if there's a steady surface to hand.

There are 6 ISO settings available on the Canon PowerShot SX40 HS. Here are some 100% crops which show the noise levels for each ISO setting.

The Canon PowerShot SX40 HS chromatic aberrations pretty well throughout the review, with generally well-controlled purple fringing only present around the edges of objects in really high-contrast situations, as shown in the examples below.

The Canon PowerShot SX40 HS allows you to focus on a subject that is just 0cms away from the camera. The first image shows how close you can get to the subject (in this case a compact flash card). The second image is a 100% crop.

The flash settings on the Canon PowershotSX40 HS are Auto, Manual Flash On / Off, and Slow Sync Speed, with Red-eye Reduction options available in the main menu. These shots of a white coloured wall were taken at a distance of 1.5m.

The Canon PowershotSX40 HS's maximum shutter speed is 15 seconds, which is great news if you're seriously interested in night photography. The shot below was taken using a shutter speed of 1/30th second at ISO 640. I've included a 100% crop of the image to show what the quality is like.