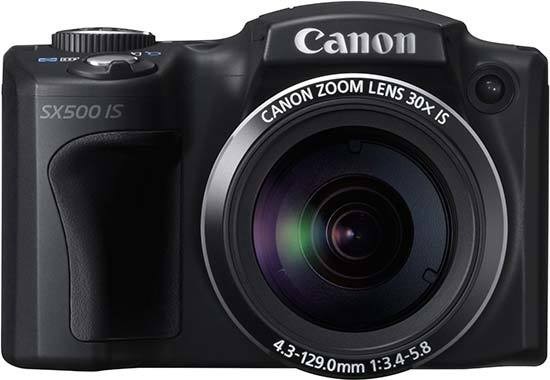 If you're after a little compact that gives you most of the features and control of a prosumer/DSLR then the Canon PowerShot SX500 IS is perfect. It has the large zoom to cover all eventualities as well as auto and manual controls to either let you express your inner artist or simply give control over to the camera so you don't have to worry. There are nifty little features such as the framing button on the side of the lens barrel and Zoom Plus (which could actually be useful) to help get the best pictures.

Using the Canon PowerShot SX500 IS is a lot easier than you might think just by looking at it. After all, it's designed to look like something of higher specification than what it actually is. However, Canon have ensured that the user interface is simple but not to a dumbed down degree. We liked using it out and about and found it easy to get shots that we would normally have to walk to; thereby preventing a task that, frankly, we'd rather not do anyway. The build is good, we liked the design because everything seemed to fall into place as we used it.

With general use, the Canon PowerShot SX500 IS' pictures are good. They're sharp and well exposed. Colours could be better but they're close enough to realistic so we don't really have anything to complain about. The lab test shots, however, left a lot to be desired. We found noise at low ISO settings where there really shouldn't be any and chromatic aberrations that we didn't expect from a Canon. Yes, our expectations are high but they are one of the biggest manufacturers in the world and have a reputation to uphold, not to mention stiff competition to beat.

At around £250/$300, the cost isn't too bad for all the features that you get. It seems though that Canon have fallen foul of the resolution race and simply added a few more pixels without trying to sort out the consequences of that action. It's difficult to believe that they really would do that but given the image quality and the older processor it certainly looks that way. All is not lost, however. The everyday images we took are very good; sharp, exposed well and with a nice colour to them.

If you're new to photography, you want something a bit better than the cheapest models and you want to learn the art, then the Canon PowerShot SX500 IS will give you the features, modes and zoom you need. Give this camera a go.