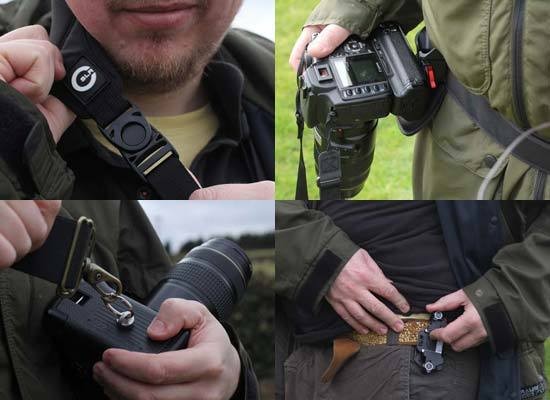 Carrying your camera correctly is more important than you probably give it credit for. Making sure that you can get to the camera easily, keep it secure and be comfortable when it's not in use are three major points that manufacturers consider when designing a carrying system. In this article we look at four innovative carrying systems - the Peak Design Capture, Spider Black Widow Holster, Lensloop and Split Strap - and explore their advantages and disadvantages, if any.

Peak Design started as a small company raising funds on the Kickstarter website, where entrepreneurs can raise funds for their projects via multiple donations. Peak Design Capture is available at http://peakdesignltd.com/ and costs $79.99.

Capture is a small belt accessory that essentially allows you to hang your camera from your belt. It works by sliding a back plate under the belt while the front plate sits on top. The tow plates then clasp together using screws which can be tightened and untightened by hand. The Capture system boasts a quick release plate which is Arca-Swiss compatible. The plate is low profile so it won't get in the way although the screw isn't easily tightened by hand. A small, red button releases the quick release plate from the system when you're ready to take pictures. 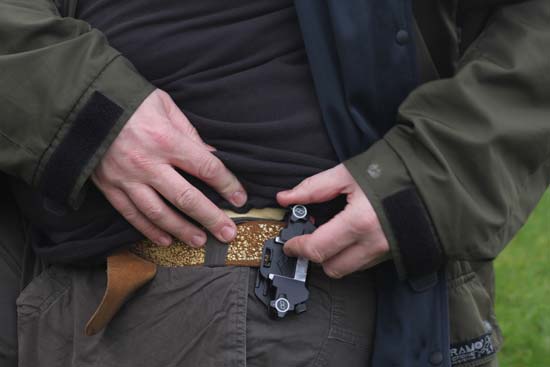 The beauty of the Capture system is that it's small so it doesn't get in the way. It can also fit to any strap - not just a belt. So you can have your camera dangling from your rucksack, messenger bag or manbag/handbag (if the straps are heavy duty enough to withstand the weight). Having it fitted to your belt does have its problems. We found that while we walked, the camera would swing and bang against our legs. In time this started to hurt. 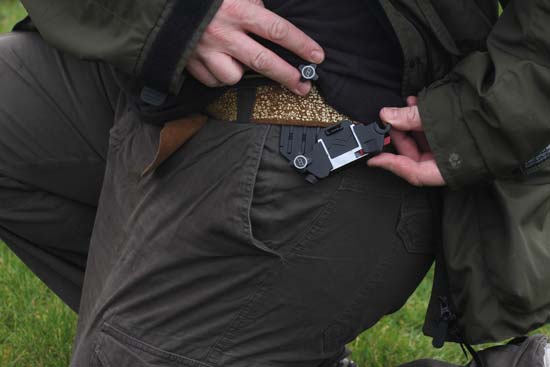 Ideally the camera needs to have a small lens attached when fitted to the clip. There's also the possibility of the camera slipping out of your hands while undoing the fiddly red button. Peak Design do have a new product in development for such an instance but it's not ready for commercial sale just yet. 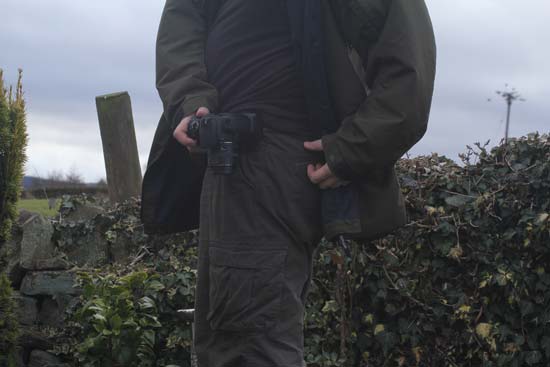 A camera attached to the Peak Design Capture

A small ball bearing that has a standard sized tripod bush screw on it goes into the camera. The ball end then slides into a thin slot on the holster which is positioned on the hip giving it the impression of a wild west holster. 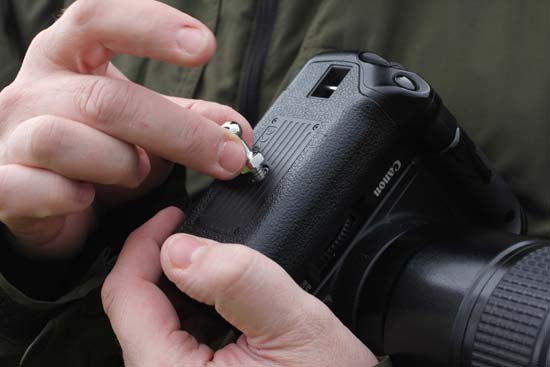 The Velcro is thick and easily held the weight of a Canon EOS 350D DSLR camera, battery grip and Canon EF 75-300mm USM lens. The ball doesn't click and stick, it falls under a latch that prevents it from rising back up but other than that it moves around in the slot quite freely. 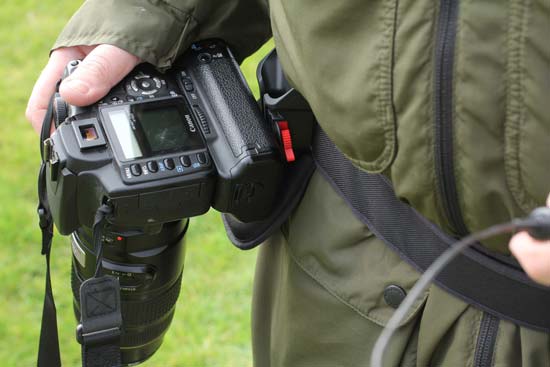 The Spider Black Widow Holster attached to a camera

When you want to take it from the holster, a small red clip is moved to open the latch. It's not the easiest system and you're pretty much one handed because the camera is at the side. We managed to get it nailed after a while using it. The holster can be removed from the belt if you want to fasten it to an existing belt such as a waist support on a rucksack or a trouser belt. 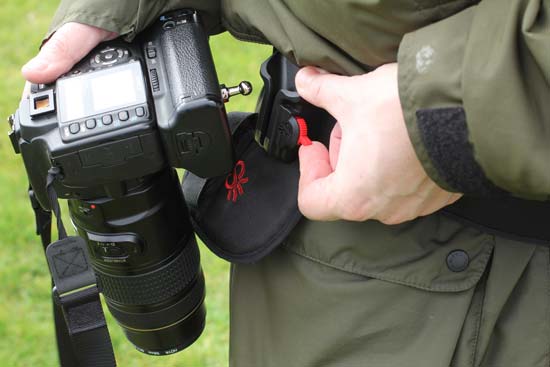 It's comfortable enough to use and we liked the feeling of being in a town not big enough for more than two people while wandering around with a comedy John Wayne walk. On a serious note, if shooting from the hip is your thing, you can't get closer to it than this.