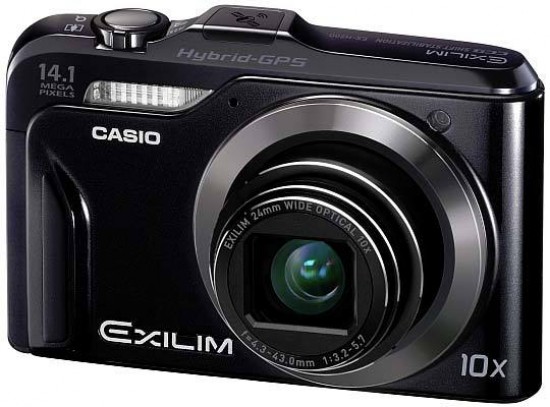 Our findings with the EX-H20G largely aped our observations from last year governing the EX-H15. That's to say that, as with most Casio compacts, warm, well-saturated colours are the order of the day, shots understandably coming alive when blessed with shooting under blue skies and bags of natural light. Generally there was little in the way of visible blur from camera shake, though inevitably we did get the very occasional soft shot, particularly when shooting at the telephoto end of the zoom. Pixel fringing was also evidenced on close inspection between areas of high contrast, though again this was kept at acceptable levels.

We noticed too a slight loss of definition towards the corners when shooting at maximum wideangle setting; again not totally unexpected, given the much wider than average 24mm equivalent, as is some visible barrel distortion - disguised much better when shooting natural landscapes rather than man made ones.

With a broad light sensitivity range starting out at ISO80 this time around (to the EX-H15's even lower ISO64), up until ISO400 a sharp level of detail is maintained, fractionally softening when we come to ISO800. There's more pronounced degradation on close inspection between that setting and ISO1600. The latter is still very usable however - not bad at all a performance from this class of compact.

At top ISO3200 detail has softened across the image to limit the appearance of noise and it is beginning to take on a fuzzy, watercolour-like effect. However the EX-H20G delivers far from the worst showing we've seen at this setting on a point and shoot; some deterioration is virtually a given, what with the high pixel count on offer.

There are 7 ISO settings available on the Casio EX-H20G. Here are some 100% crops which show the noise levels for each ISO setting:

The Casio EX-H20G kept chromatic aberrations largely under control during the review, with some purple fringing present around the edges of objects in high-contrast situations, as shown in the examples below.

The Casio EX-H20G offers a Super Macro setting that allows you to focus on a subject that is 7cms away from the camera when the lens is set to wide-angle. The first image shows how close you can get to the subject (in this case a compact flash card). The second image is a 100% crop.

The flash settings on the Casio EX-H20G are Auto, Flash On, Flash Off, Soft Flash, and Red Eye Reduction. These shots of a white coloured wall were taken at a distance of 1.5m.

And here are a couple of portrait shots. Neither the Auto setting or the Red Eye Reduction option caused any amount of red-eye.

The Casio EX-H20G's maximum shutter speed is 4 seconds in the Night scene mode, which isn't good news if you're seriously interested in night photography. The shot below was taken using a shutter speed of 4 seconds at ISO 80. I've included a 100% crop of the image to show what the quality is like.