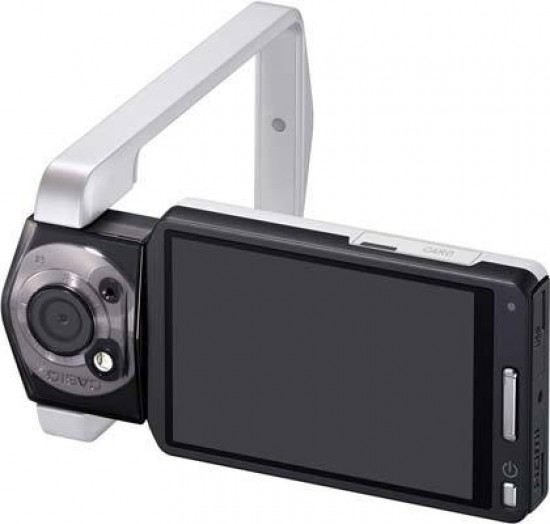 One can't help suspect that the Casio EX-TR100 or Tryx is a curio in search of an audience, and one that might not actually exist, at least in large numbers. It could herald a whole fleet of Tryx cameras but we doubt it; Casio hasn't exactly rushed to swell the range since this model was announced at the start of the year, and it will most likely remain a one-off attention grabber rather than a mass-market game changer. That said, Casio deserves praise for daring to be different and breaking from the herd; this 'thinking outside the box' something its background in electronics rather than photography per se has doubtless enabled.

The design thus will be either love it or hate it, and you will literally need to get to grips with this camera one-on-one to decide which camp you fit into. Still, if you're generally a fan of vari-angle LCDs on bridge cameras, Compact System Cameras and the latest raft of DSLRs you will appreciate the flexibility Casio's approach brings. Indeed one couldn't conceivably get more flexible when it comes to lens and screen working in tandem, which they still have to do.

Though there's not quite enough here to give an unequivocal recommendation - the Tryx is simply too oddball for that - this is a camera not without interest, and can be fun for while. We just wonder who, bar a simple desire to be different, will be interested in it when the Casio EX-TR100 confounds as much as it delights.