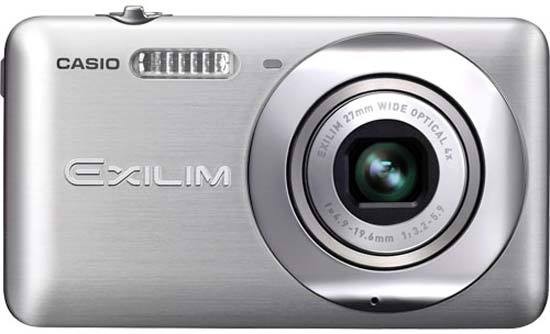 All of the sample images in this Review were taken using the 14.1 megapixel Fine JPEG setting, which gives an average image size of around 5Mb.

The Casio EX-Z800 produces images of above average quality. The biggest issue is noise and loss of detail at relatively slow ISO speeds. The 1/2.3 inch, 14.1 megapixel sensor recorded noise-free images at ISO 50-100, but there's already some noise and slight softening of detail at ISO 200. ISO 400 shows a little more noise and colour desaturation, and ISO 800 and 1600 are significantly worse, with obvious loss of fine detail, colour desaturation and even more noise. The fastest setting ISO 3200 isn't worth using at all.

The Casio EX-Z800 handled chromatic aberrations quite well, with fairly limited purple fringing effects appearing only in high contrast situations and generally at the edges of the frame. The built-in flash worked well indoors, with a little red-eye and adequate overall exposure. The night photograph was poor, with the maximum shutter speed of 4 seconds not being long enough for most after-dark shots, resulting in under-exposure.

Macro performance is also disappointing, only allowing you to focus as close as 8cms away from the subject. The images were a little soft straight out of the Casio EX-Z800 at the default sharpening setting and ideally require some further sharpening in an application like Adobe Photoshop, or you can change the in-camera setting. Anti-shake is a feature that works very well when hand-holding the camera in low-light conditions or when using the telephoto end of the moderate zoom range.

There are 7 ISO settings available on the Casio EX-Z800. Here are some 100% crops which show the noise levels for each ISO setting:

The Casio EX-Z800 has 2 different image quality settings available, with Fine being the highest quality option. Here are some 100% crops which show the quality of the various options, with the file size shown in brackets.

The Casio EX-Z800 suffered from some fairly obvious chromatic aberrations during the review, with purple fringing present around the edges of objects in high-contrast situations, as shown in the examples below.

The Casio EX-Z800 offers a Super Macro setting that allows you to focus on a subject that is 8cms away from the camera when the lens is set to wide-angle. The first image shows how close you can get to the subject (in this case a compact flash card). The second image is a 100% crop.

The flash settings on the Casio EX-Z800 are Auto, Flash On, Flash Off, Soft Flash, and Red Eye Reduction. These shots of a white coloured wall were taken at a distance of 1.5m.

And here are a couple of portrait shots. As you can see, both the Auto and Red Eye Reduction settings caused a tiny amount of red-eye.

The Casio EX-Z800's maximum shutter speed is 4 seconds in the Night scene mode, which isn't good news if you're seriously interested in night photography. The shot below was taken using a shutter speed of 2 seconds at ISO 100. I've included a 100% crop of the image to show what the quality is like.

You can use this setting to optimize the balance between bright areas and dark areas when shooting images. You can choose from three settings, Off, On and Extra.

The Landscape mode makes colours more vivid, filters haze, and performs other processing that enhances the beauty of natural scenery. You can choose from two settings, Vivid Landscape or Mist Removal, with Off, +1 (Weak) and +2 (Strong) strengths available for both. Here is an example of the Vivid Landscape setting.

The Make-up mode smoothes the skin texture of the subject and softens facial shadows caused by harsh sunlight for better looking portraits. You can set one of 13 levels in the range of 0 (no correction) to +12 (maximum correction).