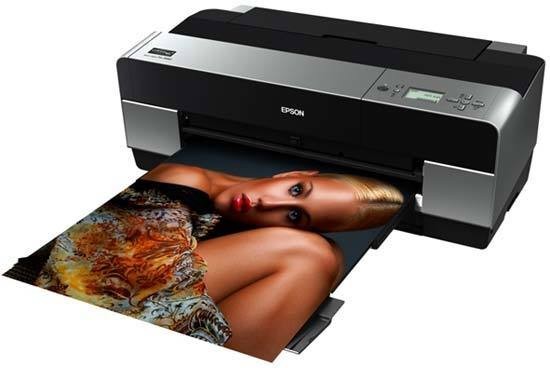 When you have the most popular C Size (17") printer on the market, it might not seem that there's a good reason to update it. For the past three years, the Epson Stylus Pro 3800 has held this status. With a good combination of price and size, this C sized printer has filled the needs of photographers looking for the ability to print 17x22 on a variety of media without the bulk or expense of a large format printer.

Since the 3800 was released, Epson has made two major changes in their pigment ink photo printers. The first is the second generation of UltraChrome K3, which replaced the original magenta and light magenta inks with a new Vivid versions to increase the color range, particularly in the deep blues. The other change is more recent, and so far seen in only two printers – the 7900 and 9900 – with UltraChrome HDR, adding green and orange to the mix to give skin tones a more accurate appearance as well as fit the needs of graphic designers in addition to photographers.

Because the HDR inkset has been out for a while now, you would probably expect a new printer from Epson to adopt this version. With the new Stylus Pro 3880 though, Epson has taken one step forward rather than skipping directly to UltraChrome HDR. Since the 4880, 7880, and 9880 are still current models, this isn't as odd as it might seem. Both the 3880 and the 3800 it replaces use the same case and controls. Other than the UltraChrome K3 label (Figure 1) adding the Vivid Magenta, the printers look visually identical. In fact, even opening up the ink compartments you'll see only a Vivid label on the magenta cartridges to tell you this is a different printer. It's behind the scenes where the real changes are occurring though. Combined with the new ink, Epson has added AccuPhoto HD2 screening to improve the accuracy of ink placement on the page, giving the images a smoother color and tonal gradation as well as reducing ink use. The print head has been improved as well with more accurate placement and an ink repellent coating to reduce clogging and maintenance requirements. 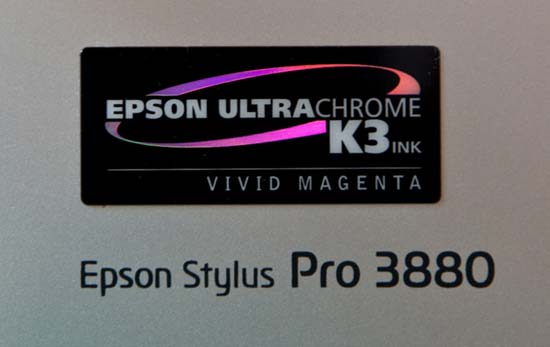 Going from unpacking to using the printer takes less than an hour, even if you're the type that reads manuals. After unpacking the printer and plugging it in, you'll be prompted to insert the ink cartridges to charge the system. Although the 3880 holds nine inks, (Figure 2) the Photo Black and Matte Black inks share a line, meaning they can only be used exclusively. The printer driver will make the switch for you when you select the appropriate paper type – matte papers use the Matte Black, while coated papers like Ultra Premium Luster use the Photo Black. This ink swap does take a bit of time and uses up a small amount of ink with each swap, so you'd be well served to cue similar print jobs together to avoid constant switching back and forth. According to Epson, the swap from Photo to Matte Black uses about 1.6ml of ink, while going the other direction uses about 4.6ml. 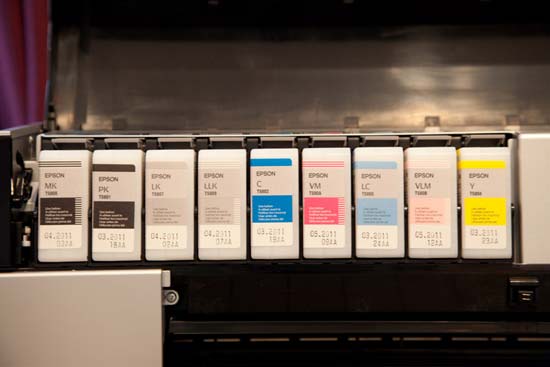 Along with larger print sizes, one of the reasons many move to a larger printer is the reduced cost of supplies. Cost wise, you're paying about $.75 per ml with the 3880 and the 80ml cartridges compared to about $1.10 with the 2880 and its 12ml cartridges.

On the back of the printer are USB and Ethernet ports. I set the 3880 up connected to my router for sharing across a mixed Mac and PC network. Network connections were easily done on both platforms with the EpsonNet Network utility.

Not much has changed in the printer driver interface – if you've used Epson printers in the past, you'll feel right at home here. Both Windows (Figure 3) and Macintosh (Figure 4) drivers are functionally similar although the Macintosh driver supports 16-bit output for better color fidelity and smoother tones. 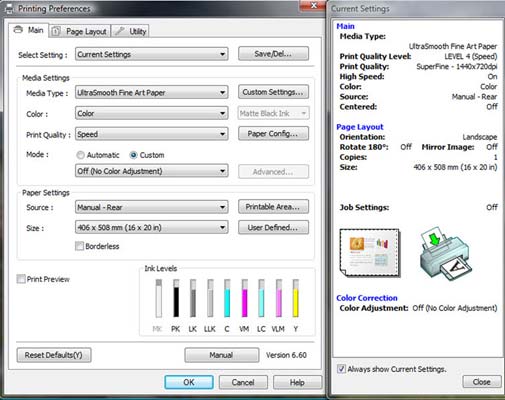 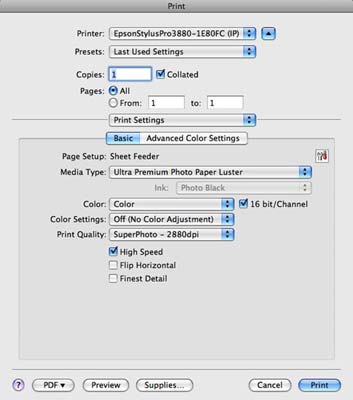 As with the previous model, it's hard to visually see any quality difference between the 1440 and 2880 quality mode settings. A 16x20 at the highest quality setting takes about 9 minutes compared to 6.25 minutes in SuperFine, or best mode.

The new screening technology, AccuPhoto HD2, is very impressive. The results from the 3880 are among the best I've seen, surpassed only by Epson's 7900 and 9900 large format printers. Comparing skin tones on a portrait, the dithering pattern is extremely smooth in appearance. Printing the same images on a 3800 and 3880 shows a pretty clear difference, although unless you look in detail like I've done here, the differences aren't dramatic. 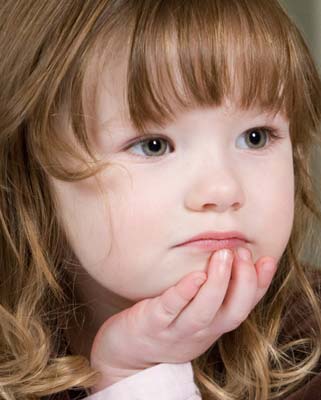 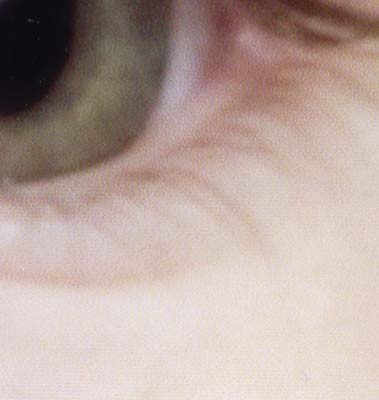 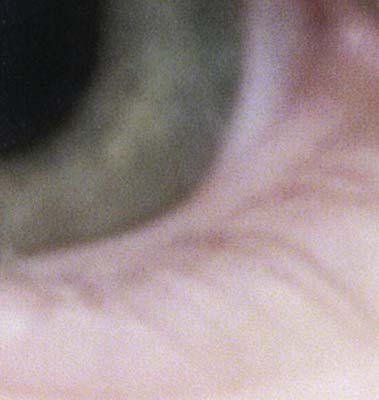 Epson's Advanced Black & White mode output (Figure 8) is excellent. The driver gives you the ability to customize the output while generating a neutral print that minimizes the amount of color inks used during printing, virtually eliminating color shift, or metamerism, when viewing under different light sources. 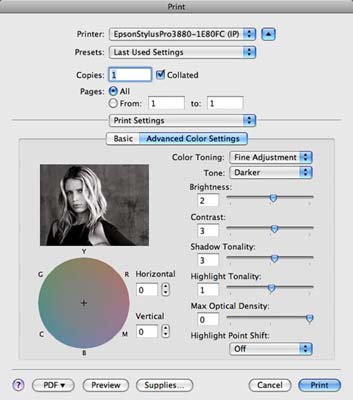