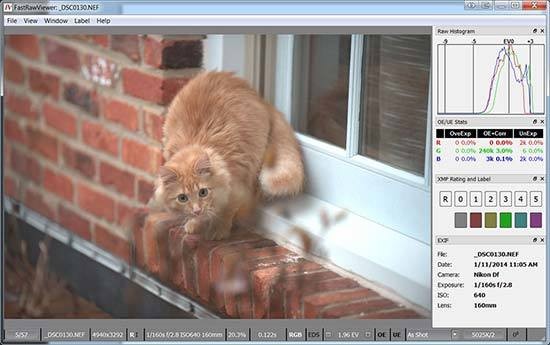 FastRawViewer from LibRaw is a new computer program designed to increase the speed that you can view your raw files without the need to convert to JPEG first. Boasting super fast raw viewing, image analysis, editing and tagging as well as full raw conversion, FastRawViewer could prove useful to the photographer on location making "on the fly" adjustments or with impatient clients. FastRawViewer is available now to download from the LibRaw website and is set at an introductory price from the regular price of $19.99 (£) to $14.99 (£) until January 31st, 2015.

Even with a painfully slow internet connection, because FastRawViewer is such a small file to download (12.5Mb), it was done in a few minutes. The program comes with a 30 day trial, but if you've bought the product, you can input the licence key and get started. Should you be on the trial, you can always input the key at a later date by clicking on the Help tab in the top left corner of the screen and choosing Buy/Activate Licence. 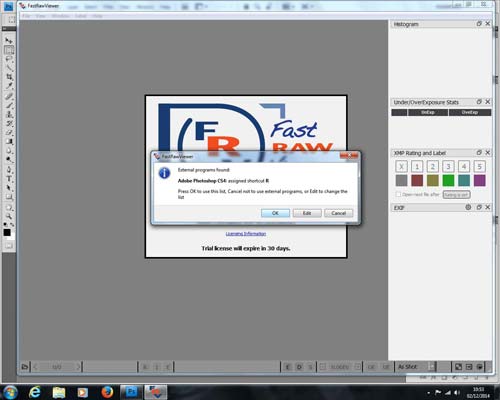 FastRawViewer has a simplistic layout and this is arguably what helps it be so fast. The more coding that the program has to drag around with it, the slower it becomes. It's no secret that using a platform such as Windows 98 on a computer from today would be extremely fast because 98 doesn't have all the help files and extra features that were introduced with XP onwards. It's the same principle here.

As the program launches, a window appears with a large preview pane to the left and some features to the right. It bears a passing resemblance to the layout of Photoshop circa CS4, but without the tools down the left side. 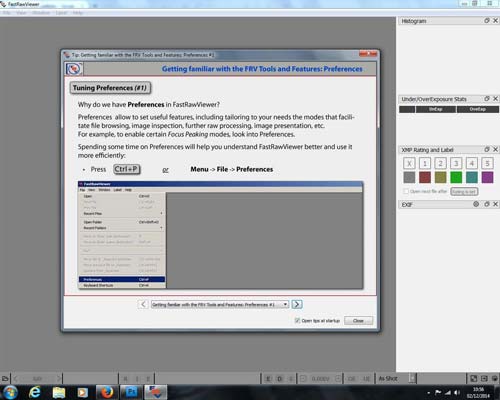 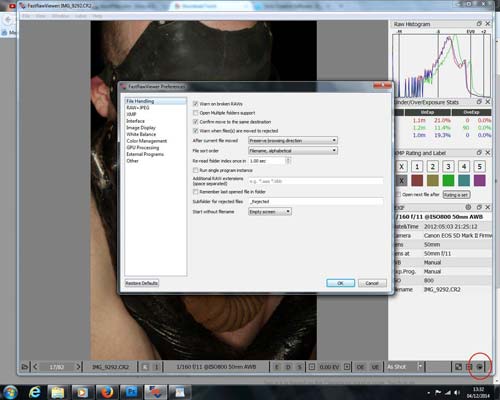 Most of the actions you'll perform in FastRawViewer are done via the drop ntabs in the top left corner of the window. There are only five and only four of those pertain to photography. The odd one out being Help which accesses the LibRaw or FastRawViewer dedicated website to aid you in your work.

Most of the options when choosing the images you wish to view are done in the File tab such as opening a new folder of work to view. The pop up screen that opens the folders for you to locate your work doesn't preview the raw files, they remain as icons (CR2 in our case as the images were from a Canon) which means you're choosing blindly. Now this isn't too big of a deal if you're working on a laptop and using images from a shoot just moments ago. However, Fast RawViewer allows you to download the program to two machines. So if you also have it on a desktop unit and you're wanting to play around with older files, you have to have them in some semblence of order or you will struggle to find them. 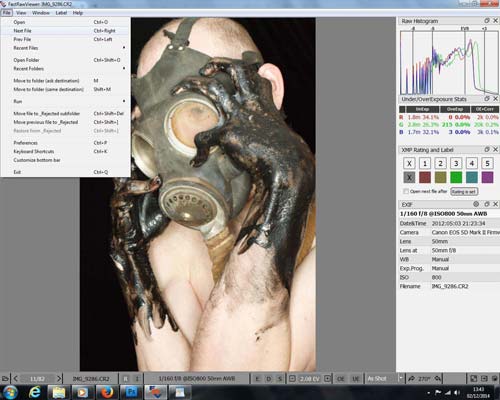 You can only open one image at a time, which at first seems a bit odd, but is in fact an act of genius. Opening just one image means that the program operates at it's optimum speed. We initially depressed ourselves by thinking we'd have to open, close and reopen countless images, but once you've chosen the image, that folder remains open to the program and you can either go to File and click on next image or use the shortcut Control+Right (arrow) to move to the next image. Alternatively, you can use the left arrow to scroll the other way. 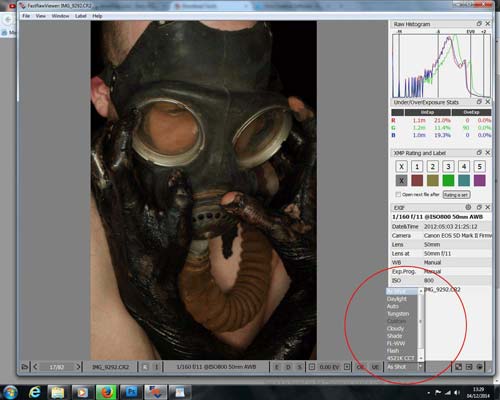 In fact, a lot of the functions have shortcuts attached to them. In the View window you can zoom in, rotate, view in any of the colour channels as well as black & white. You can also rotate the image along with performing some basic editing such as exposure adjustment and messing around with the white-balance.

To the right of the window, the boxes that can be removed or added by clicking the x in the top right corner, or by going to Window and unticking them. There are only four though and they are pretty useful for various elements of your workflow. 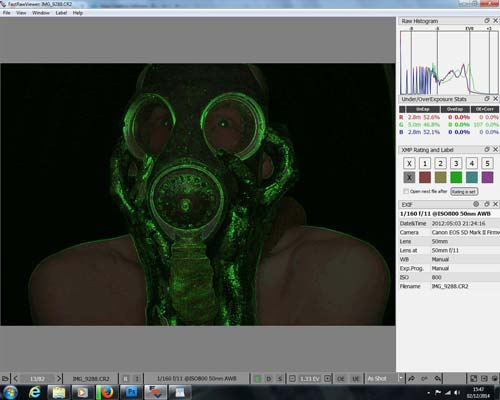 Along the bottom of the screen, you have a repetition of some EXIF data as well as seemingly random letters. However, these letters can be pressed and will toggle various features. The R and I letters, for example, will show either the raw (R) or embedded JPEG (I). E, D and S show Contrast Edges (E), Fine Detail (D) and Shadow (S). These are displayed as bright colours so they're easily noticeable.

You can also adjust the overall exposure and reset the white-balance if it's not entirely accurate.

Once you've made all your changes, you can save the image to the same folder (shortcut M) or a different one (shortcut Shift + M). Alternatively you can bin the images that you don't like so that the folder is ready for batch processing, although this can't be done in FastRawViewer.