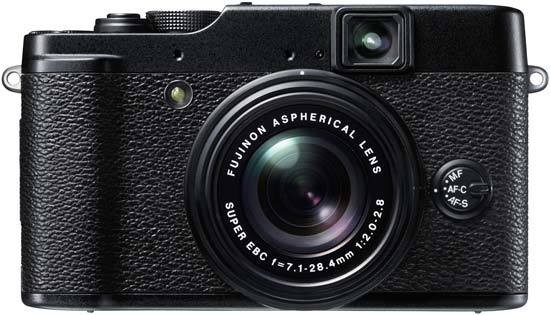 The Fujifilm FinePix X10 produces images of very good quality. It recorded noise-free JPEG images at ISO 100 up to 800, with a little noise and slight colour desaturation at ISO 1600 and more visible noise at the fastest setting of ISO 3200 at full resolution, an excellent performance for a camera with such a small sensor. Even the reduced resolution setting of ISO 6400 is worth using, although the same can't be said about the range-topping ISO 12800. The RAW files were also excellent, with usable images throughout the entire range of ISO 100-3200, although they are noticeably soft.

The Fujifilm FinePix X10's 4x zoom lens handled chromatic aberrations very well, with limited purple fringing effects appearing only in high contrast situations and at the edges of the frame. The built-in flash worked well indoors, with no red-eye and good overall exposure. The night photograph was excellent, with the maximum shutter speed of 30 seconds being long enough for most after-dark shots.

Macro performance is outstandinga, allowing you to focus as close as just 1cm away from the subject. The images were a little soft straight out of the Fujifilm FinePix X10 at the default sharpening setting and ideally require some further sharpening in an application like Adobe Photoshop, or you can change the in-camera setting.

The Dynamic Range settings subtly improve detail in the shadows and highlights, while the Film Simulation modes hark back to a bygone era. Motion panoramas are the icing on the proverbial cake, although they didn't work very well in mixed lighting conditions or with moving subjects in the frame.

There are 8 ISO settings available on the Fujifilm FinePix X10 for JPEGs, and 6 for RAW files. Here are some 100% crops which show the noise levels for each ISO setting for both JPEG and RAW files.

The Fujifilm Finepix X10's 4x zoom lens provides a focal length of 28-112mm in 35mm terms, as demonstrated below.

The Fujifilm Finepix X10 has 2 different image quality settings available, with Fine being the highest quality option. Here are some 100% crops which show the quality of the various options, with the file size shown in brackets.

The Fujifilm FinePix X10 handled chromatic aberrations very well during the review, with llittle evidence of purple fringing that was only present around the edges of objects in high-contrast situations, as shown in the examples below.

The Fujifilm FinePix X10 offers a Super Macro setting that allows you to focus on a subject that is 1cm away from the camera. The first image shows how close you can get to the subject (in this case a compact flash card). The second image is a 100% crop.

The Fujifilm FinePix X10's maximum shutter speed is 30 seconds in the Manual, Shutter-priority and Aperture-priority modes, which is excellent news if you're seriously interested in night photography. The shot below was taken using a shutter speed of 15 seconds at ISO 100. I've included a 100% crop of the image to show what the quality is like.

The Fujifilm Finepix X10 has three dynamic range settings - 100% (on by default), 200%, and 400% - and an Auto setting if you want to let the camera take control. These settings gradually increase the amount of detail visible in the shadow and highlight areas, with the side-effect of more noise appearing in the image. Note that you can't actually turn this feature off.

The Fujifilm FinePix X10's Pro Focus scene mode creates images with a shallow depth of field, with the camera taking a rapid series of exposures at different focal points and aligning them to produce a single frame showing a sharply focused subject against a soft, out-of-focus background.

The Fujifilm FinePix X10's Pro Low-Light scene mode produces better image clarity at high ISO levels, with the camera taking a series of four high sensitivity/low-noise shots in quick succession which are then combined together using in-camera processing into an image with less noise than the single exposures.

The Fujifilm Finepix X10 offers 8 different film simulation modes to help replicate the look of your favourite film stock from the past.

Just like Sony's Cybershot range, the Fujifilm Finepix X10 can create motion panoramas up to 360 degrees in length. Exposure is set on the first frame, which caused real problems for our indoor shot where different light sources caused large areas of vertical banding. The X10 performed much better outdoors, although watch out for moving subjects in the frame as the X10 won't compensate for this.