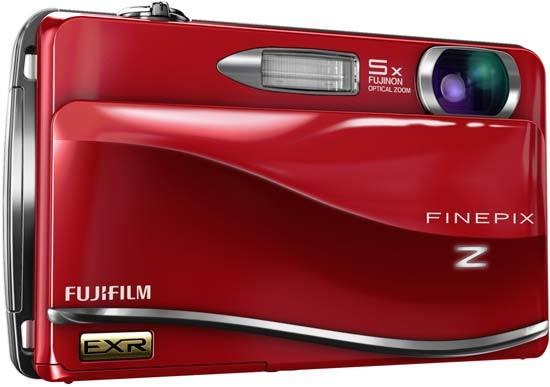 As you'd expect, the performance from the Fujifilm FinePix Z800EXR is much the same as that of the pricier Z800EXR, with the same pixel count from the same sensor. But whereas we were slightly disappointed with the mixed bag of results from what there was a £300+ camera, on a sub-£200 model any inconsistencies are much more forgivable.

So, although here we too get burnt out highlights with a tendency for the camera to overexpose rather than underexpose, purple pixel fringing, soft results and all the rest of it, we're not expecting quality to rival an enthusiast camera. For its price point then the Z800EXR puts on a showing that is certainly good enough. Colours are again natural rather than over the top. Minimal adjustment of brightness and contrast in Photoshop adds a bit more pep, as required.

We'd have preferred a wider angle lens, say 28mm, on the Fujifilm FinePix Z800EXR rather than its 35mm equivalent, which resulted in us having to take steps back from certain subjects to be able to fit them all into frame, and with most compacts now offering a wide lens as standard, perhaps this is something Fujifilm could revisit on the next generation model.

In terms of low light performance, once again here noise/grain starts to show itself in images taken at ISO 800, worsening, but not markedly, at ISO 1600 where detail is softening. At ISO 3200 shots are beginning to take on a more obvious painterly aspect, but even at this top selectable setting results are no worse than those seen at ISO 1600 on lesser compacts.

There are 8 ISO settings available on the Fujifilm FinePix Z800EXR. Here are some 100% crops which show the noise levels for each ISO setting.

The Fujifilm FinePix Z800EXR handled chromatic aberrations well during the review, with some purple fringing present around the edges of objects in high-contrast situations, as shown in the example below.

The Fujifilm FinePix Z800EXR offers a Macro setting that allows you to focus on a subject that is 5cms away from the camera when the lens is set to wide-angle. The first image shows how close you can get to the subject (in this case a compact flash card). The second image is a 100% crop.

The Fujifilm FinePix Z800EXR's maximum shutter speed is 4 seconds, which is fairly good news if you're seriously interested in night photography. The shot below was taken using a shutter speed of 1/4 second at ISO 800. I've included a 100% crop of the image to show what the quality is like.

The Fujifilm FinePix Z800EXR allows you to take panoramic images very easily, by 'sweeping' with the camera while keeping the shutter release depressed. The camera does all the processing and stitching, with he main catch being that the resulting image is of fairly low resolution.