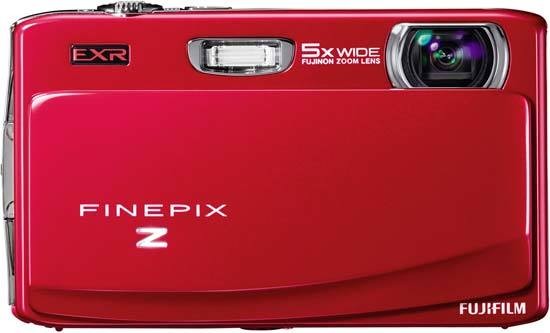 It's a shame that there isn't a "Camera that looks like a budget model but performs like a prosumer" award because the Fujifilm Finepix Z900EXR is a strong contender. It looks a lot less than it delivers because of the unassuming exterior. The internal zoom is also a feature generally reserved for the point and shoot generation that simply want a camera to slip in and out of pockets and bags. Usually, a big zoom lens is an indicator of a high specification camera, although no-one really knows why.

Still, we were very interested in the performance of the Fujifilm Finepix Z900EXR. The pictures we produced were very good with realistic colours and minimal noise. The zoom is only modest but using the camera, we never felt that it was lacking. The rest of the camera is built to a high standard and the only areas we didn't approve of were the battery that can be put in the compartment either way but will only work one way and the fact that the Z900EXR can't do anything else while it's processing pictures onto the memory card.

We feel that the Z900EXR is designed for a keen amateur that simply wants a camera for fitting into a bag or pocket but doesn't want to compromise on image quality. It's interesting to note (especially after using the night mode) that using a preset mode sets the Z900EXR up more for getting the best picture than simply placing it in Program.

That's not to say that only keen amateurs will benefit from the Fujifilm Finepix Z900EXR. Younger people will like the design and touch-screen technology while the tech-savvy will enjoy getting to grips with the EXR modes and explaining how the BSI sensor works to all their friends. If this sounds like you then you need to get the camera on your to-do list.