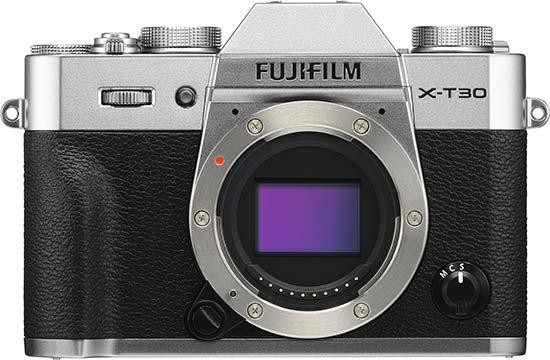 We were shown a pre-production version of the X-T30 by Fujifilm ahead of today's launch. We've shot some sample JPEG and RAW images with the camera and got some hands-on time with the X-T30.

So read on for our first impressions of the new Fujifilm X-T30 APS-C mirrorless camera...

Fujifilm firmly believe that APS-C is still the best balanced system for most photographers, with medium format reserved for their professional users.

The X-T3 was released last year to great acclaim. It's the 4th generation of Fujifilm mirrorless cameras and is suitable for all types of photography and cinema.

Fujifilm pointed out that the X-T20 is actually the best selling X-series camera ever. Designed as a lifestyle camera, the X-T20 was popular because it was a good looking camera that took great quality images, at a more affordable price-point than the X-T3.

The new X-T30 is part of what Fujifilm are calling "Generation 4.1", because in a few ways this camera is slightly more advanced than the X-T3! Fujfilm are billing it as "The Little Giant". 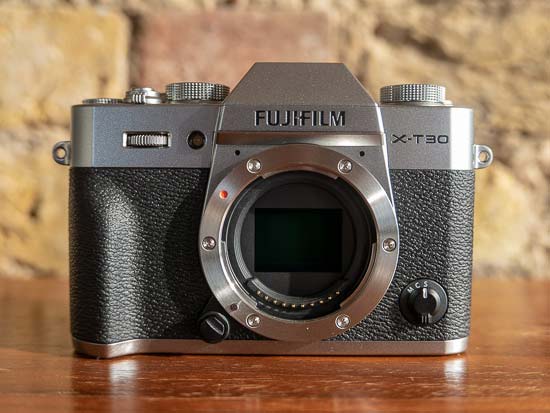 Here's a list of the key specifications for the X-T30: 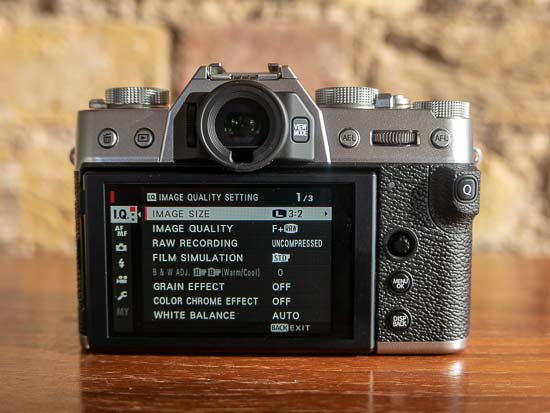 Fujifilm have subtly tweaked the design of the X-T30, which offers slightly adjusted ergonomics to its popular predecessor.

There's a new grip design on the front, and on the rear the traditional D-pad has been replaced by a focus joystick. While this is a welcome change, we immediately noticed in our hands-on with the camera that the joystick is positioned too low for natural use, especially if you're used to the joystick position on the X-T3.

We're also not huge fans of the new position of the Q.menu button, which has been embedded into the top of the rear thumb-grip. 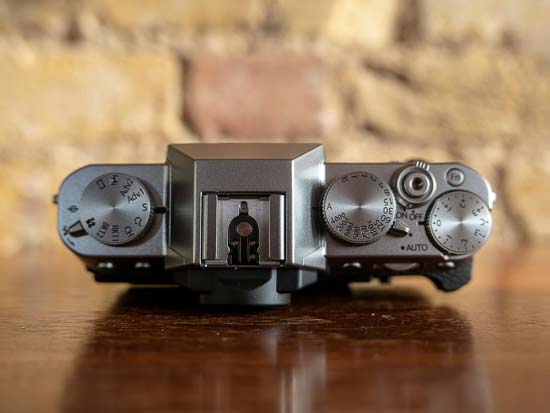 The X-T30 now has a slightly thinner rear screen - 1.3mm thinner than the one on the X-T20 - and offers a faster touchscreen response, something that will also becoming to X-T3 in a future firmware update.

There's also a brighter EVF than on the X-T20, with a faster frame rate of 100fps, while the pop-up flash has thankfully been retained.

Note that officially we were using a pre-production camera and the design may change before the final launch, although we wouldn't expect too many tweaks to the body at this late stage.

The X-T30 has exactly the same 26.1 megapixel sensor and processor as the X-T3, so expect to see very similar image quality from the X-T30 - you can judge for yourself by checking out our X-T30 sample JPEGs, RAWs and videos. 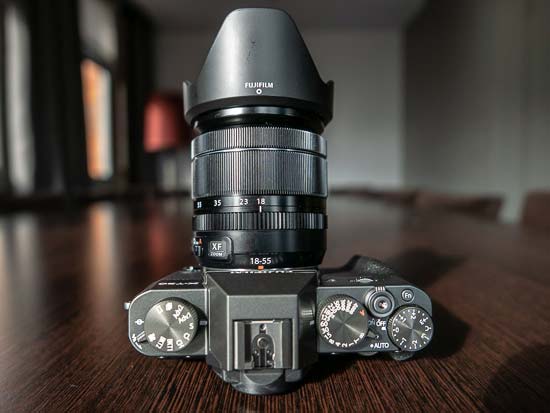 Autofocusing is one area where the X-T30 represents a major leap forwards for the Fuji X-series, and where it currently outperforms the X-T3 and X-H1 cameras.

The X-T30 offers improved face AF during both movie recording and stills, and it also detects obstacles better without moving the AF box.

The Eye AF tracking has a new, easier to understand GUI, whilst the new face select function allows you to use either the touch LCD or focus lever to quickly switch between faces in the frame.

Fujifilm also claim that the X-T30's AF system offers 300% faster autofocusing on a subject moving from from far to near or near to far.

The Fujifilm X-T30 uses exactly the same sized viewfinder as the previous X-T20, a 0.39-inch OLED unit with 2.36-million-dots, but this time around it's brighter and has a faster frame rate.. 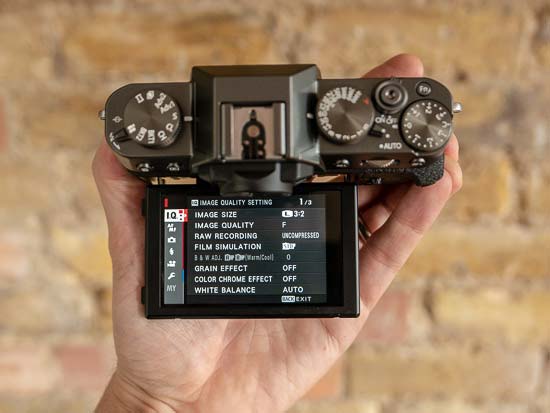 There's a 3-inch touchscreen display on the rear with 1.04-million-dot resolution, which can be tilted up and down, making it ideal for shooting from more unusual angles, but sadly not so suitable for vlogging 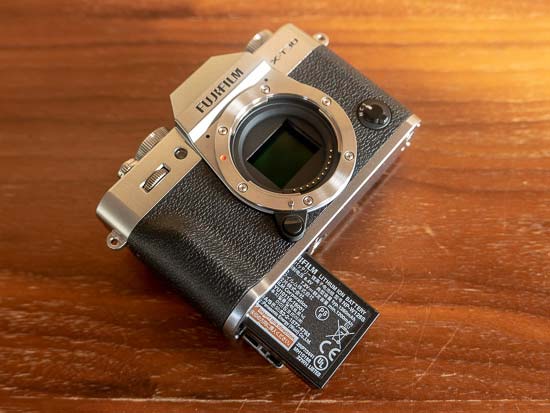 The X-T30 uses the same NP-W126S Li-ion battery as the X-T20 camera, providing a CIPA rated life of 380 shots. You can also recharge the camera via its USB port, as well as using the supplied charger. 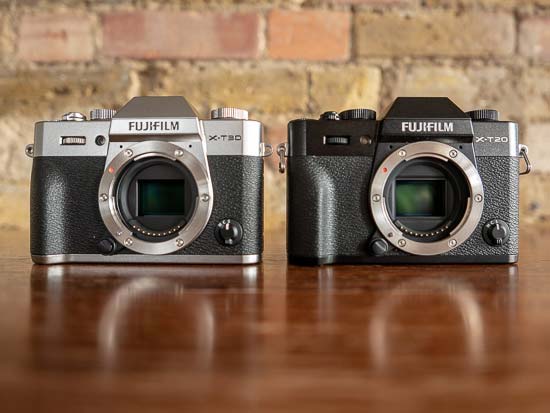 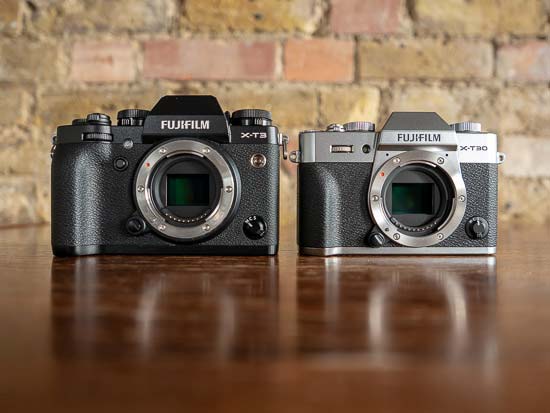 The new Fujifilm X-T30 offers a lot of the key features of the flagship X-T3 camera in a much smaller, more portable pacakage, and it even dares to out-perform its bigger sibling in some ways too! We can't see any reason why the X-T30 won't continue to be the best-selling Fujifilm camera in the X-series range...

So what do you think? Leave a comment on the new Fujifilm X-T30 mirrorless camera below...