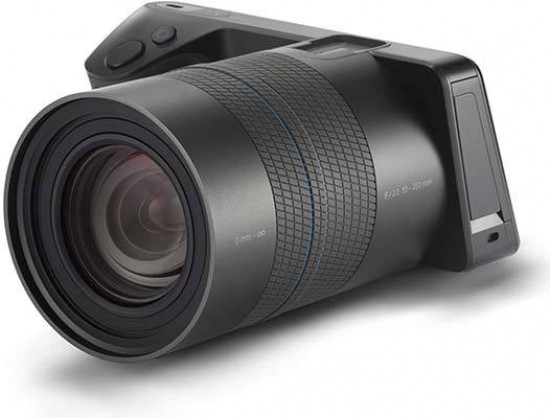 Reviews of the Lytro Illum from around the web.

The Lytro Illum is the "Professional Light Field Camera" from Lytro, the second generation, after the first consumer orientated Lytro Light Field Camera, that's said to give almost 4 times as much detail as the original due to the use of a new larger sensor. The camera is designed to create "Living Pictures" photos that you can interact with. Ultimately, the images are designed to be viewed on an electronic screen, either a computer, smartphone or tablet.
Read the full review »

My well-dressed guests from out of town arrive with bags of gear. Lytro’s Jeff Hansen is unpacking a bag as introductions occur, and with him are Eamon Drew and Chris Horsley-Wyatt from Blonde Robot, Lytro’s Australian distributor. Two smartly-presented Lytro Illum cameras appear among the action and in no time at all, the focus is on them.
Read the full review »

Instead of snapping a solitary image, the Illum captures a whole moment—known as the light field—so you can change focus and shift perspective after you've taken the shot. Just by clicking around a screen, the viewer can focus on a birthday cake candle, the person blowing it out, or partygoers in the background. These "living pictures," as they're called, even let the viewer look a bit behind the closest objects. The effect is a little like the portraits in Harry Potter's newspaper: a hint of depth where you weren't expecting it.
Read the full review »