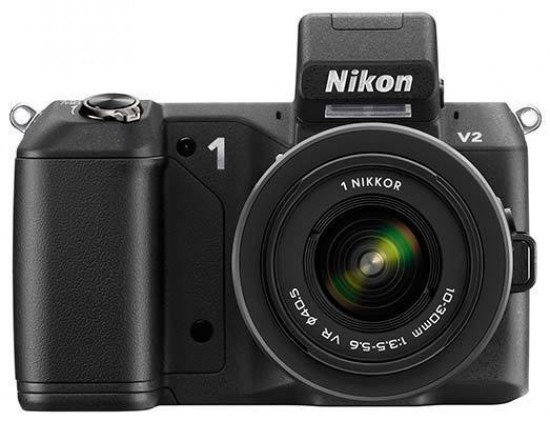 All of the sample images in this review were taken using the 14 megapixel Fine JPEG setting, which gives an average image size of around 7Mb.

The Nikon 1 V2 captured images of very high quality, especially if you consider the relatively small size of its sensor and the increase from 10 to 14 megapixels. Noise is kept to a minimum, and only becomes disturbing at ISO 3200 in very low light. Colours are perhaps somewhat muted for a consumer camera but you can easily add a little punch by switching to the Vivid picture control. The Nikon 1 Nikkor 10-30mm f/3.5-5.6 VR and 1 Nikkor 30-110mm f/3.8-5.6 VR lenses both performed admirably, with good sharpness throughout the frame and negligible purple fringing. The close-up performance of the 10-30mm lens is surprisingly good. The night shot came out well even with long-exposure noise reduction switched off, and the Vibration Reduction feature of the lenses worked very well.

The base sensitivity of the Nikon 1 V2 is ISO 160 and the highest setting is ISO 6400. The 100% crops below show what the quality is like at each setting for both JPEG and RAW file formats.

The JPEG quality settings available on the Nikon V2 include Basic, Normal and Fine. The camera can also save photos in Nikon’s proprietary raw file format, NEF.

The Nikon V2 has a minimum shutter speed of 30 seconds, with a Bulb setting also available for really long exposures. The shot below was captured at a shutter speed of 15 seconds, aperture of f/6.3 at ISO 160. We have provided a 100% crop to show you what the quality is like. Note that long-exposure noise reduction was switched off for this shot.

The Nikon 1 V2 does not offer body-integral image stabilisation, but the kit lens bundled with the camera features Vibration Reduction, Nikon’s proprietary lens-based optical stabilisation system. This allows you to take sharp hand-held photos at slower shutter speeds than with lenses that lack this function. To illustrate this, I took two photos at the 28 and 80mm focal lengths, one with VR and another without. You can see that this feature really works and could mean the difference between a ruined shot and a sharp capture. Note that even though VR is lens-based, you need to activate it via the camera’s menu as the lenses do not feature a VR switch. The available VR modes are Normal, Active and Off.

Active D-lighting is Nikon’s dynamic range optimisation tool that attempts to squeeze the full dynamic range of the sensor into JPEGs. On the Nikon 1 V2, the strength of the effect cannot be modified by the user. The only available settings are on and off.