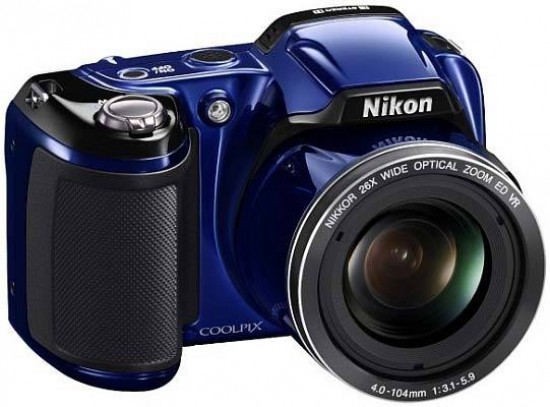 One of the biggest problems we could see throughout the test of the Nikon Coolpix L810 is the image quality. When we were taking the pictures, on the screen they looked lovely. They were sharp, well exposed and blur free. Of course it's not best practice to trust the screen but it's easy - and fair - to think that you get a reasonable idea of the final outcome so that you can reshoot if necessary. With the L810 that isn't the case. We went on our way perfectly happy with what we saw on the screen. Even zooming in gave a false idea of the picture quality.

Low ISO gives a good performance with smooth results and sharp edges. The lack of noise continues through ISO 100 and 200 although at the latter stage, edge definition appears to break slightly. Edges continue to deteriorate through the mid stages but colour noise is kept at bay for the time being.

Colour starts to close in at ISO 800 with definite noise in darker areas and creeping into the mid-range. Detail starts to diminish at this high setting. By the final highest setting of ISO 1600, image quality is expectedly poor. However up until this point the processor has done a good job of keeping it out of the pictures. At the top level colour noise seeps into the image all over and detail is sparse. This is a setting to use sparingly.

When digital cameras record in JPEG the processor sharpens the image but even then they can sometimes need a little extra push in Photoshop. The Nikon Coolpix L810 has an immense sharpening system and we found that even using the standard sharpener the picture was over cooked and we had to take it back off.

The Nikon Coolpix L810's 16 megapixel sensor has two compression ratings at full resolution. The highest quality has a star designation next to the image size in the main menu. A typical image at this size is around 6Mb while knocking it down to the normal setting without the star will shave off roughly 2Mb of information.

Despite the ED lenses in the Nikon Coolpix L810's barrel, we still found traces of chromatic aberration - purple fringing - in high contrast areas.

We'd like to see the Nikon Coolpix L810's macro function get in that bit closer but what we do see is lots of detail in the compact flash card we tested the macro feature on. In other sample shots with more detail to the edges of the frame we noticed that image quality does drop off to a degree.

The Nikon Coolpix L810 has a pop up flash and when in use it works really well. As with any flash, the closer the subject, the brighter they'll be but from a reasonable distance the results are brilliant. Nice and even with great skin tones retained on portraits.

There's not an ounce of red-eye to the degree that they simply don't have to add a red-eye reduction feature either.

There's no manual control on the Nikon Coolpix L810 so we relied on the landscape mode in the presets. The picture was a bit too noisy for our tastes so we put it in auto and manually selected a low ISO. The results of that are marginally better but the long exposure has done some damage.