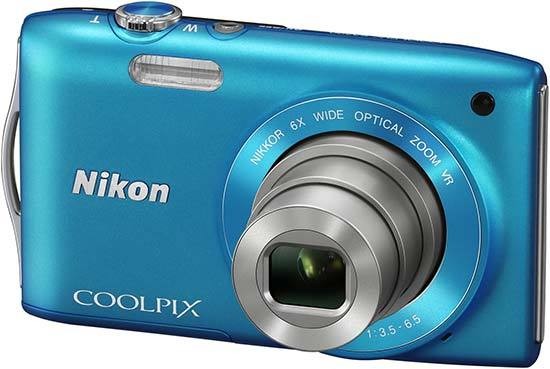 It's a shame that the ISO 80 setting on the Nikon Coolpix S3300 is so unresponsive in anything other than very bright light. Image quality is great at this stage with no colour distortions or edge definition issues. The first step up from ISO 80 is ISO 100 which is around a third of a stop up so doesn't really that much of a difference. In fact, the camera doesn't really need ISO 80, but it looks better on the spec list. There's a slight decrease in image quality at ISO 200 with some salt and pepper noise intruding darker areas of the frame. Faint blue blotching is also visible when the picture is viewed at full magnification.

Yellow colouring invades mid tones at ISO 400 and edge definition begins to break down. The problems at this stage exacerbate through the next couple of stages with image quality becoming “bitty” at ISO 1600. In an attempt to reduce the problem, the camera reduces the resolution at ISO 3200 to 5 megapixels. The idea is that the less pixels are used, the less noise is created. You see, there's a type of noise that can start due to heat generated from pixels while exposing. This heat creates a type of noise on neighbouring pixels. If there's less pixels used, they can be spaced out and won't affect each other as much. That's the theory anyway. In our test, we found that colour noise was gone from the image but we think that the noise reduction software desaturated the image as colours that should be there are distinctly lacking.

The Nikon Coolpix S3300 has 2 different image quality settings available, with High being the highest quality option. Here are some 100% crops which show the quality of the various options, with the file size shown in brackets.

The pictures produced from the Nikon Coolpix S3300 are sharp enough to not need additional sharpening in an editing suite such as Adobe Photoshop. However, we found that they did improve slightly.

We struggled to find traces of chromatic aberrations in the pictures we took with the Nikon Coolpix S3300. It usually happens on high contrast images such as white on black. We certainly found it on that but it was only faint. We did locate some on the side of a building, but you need to be careful with this because it could be lens flare sometimes. Not a bad result though.

The close focusing capability of the Nikon Coolpix S3300 is 5cm. It's not a bad distance, although it's by no means the best. It's likely that you'll only use the macro for a few beetles or flowers on holiday so it's not too much of an issue. The image is sharp in the centre and doesn't suffer from image fall off towards the edges of the frame; so that's good.

With flash off, the Nikon Coolpix S3300 doesn't suffer from vignetting at either wide-angle or full zoom. The flash is intelligent enough to only add an amount of light that will compliment the subject and not bleach them out.

We found that the Nikon Coolpix S3300 does suffer from red-eye and adding the red-eye reduction did reduce it, but only slightly.

The Nikon Coolpix S3300 does offer a Night scene mode. It drops out a lot of options available to you in Auto mode such as ISO and white-balance. The idea being that the camera will determine the appropriate ISO for the photograph to ensure a still image. However, for the dark with no flash, a tripod or steady surface will still be required. Our test shot in Night scene proved that the ISO was far too high considering we used a tripod. We could have turned the ISO right down to remove a lot of the noise that's accumulated on the shot. The colour cast from the street lights have also proved to strong for the AWB (Auto White-Balance) setting to cope with.

Night scene modes always provide a longer shutter speed than Auto modes, so imagine our surprise to discover the Night scene used a 1/2 second exposure while Auto used a 1 second exposure. In Auto, we got to select the ISO and chose the Incandescent (Tungsten) setting for the white-balance. It deals with strong orange colours, although it couldn't quite cope with street lights either.