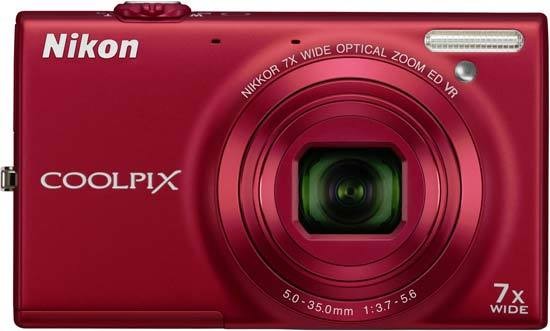 Viewed at a normal distance or on a screen, the pictures from the Nikon Coolpix S6150 look perfectly good. They're sharp and well exposed with realistic colours that are true to the real life subject. Magnifying the picture tells a slightly different story, though. Edge definition is broken down slightly on all pictures, even at low ISO and on bright days. Noise starts to creep in shadow areas as well which looks bad. While we were taking the sample shots - many of them in Italy on a bright, sunny day - we had to set the ISO to auto capped at ISO 400. This was simply because unless we were shooting completely still subjects, we got a lot of motion blur. We kept missing great pictures and the only way to counteract it was to allow the camera to raise the ISO.

The ISO range of the Nikon Coolpix S6150 is ISO 80 to ISO 3200. There's been speculation of the need for an ISO rating that only gives a third of a stop difference but if it makes the pictures better, does the end not justify the means?

Looking at the results of ISO 80 and ISO 100, there's no difference in noise and edge definition which means that one of them could be removed if need be. In our test, the shutter speed for ISO 80 is 1/25 second while the ISO 100 is slightly faster at 1/30 second. With the widest lens setting at 28mm, the ISO 100 rating could give a sharper picture handheld. In our everyday sample shots, we did have trouble getting sharp pictures at ISO 80. That's not to say we didn't get sharp pictures at that setting - on the contrary. However, it was a lot more difficult.

ISO picture quality remains pretty good through the low to mid end scale with only slight discolouration coming in at darker areas. At ISO 800 salt and pepper noise appears with green colouring in mid-range areas. It appears that ISO 1600 the camera's noise reduction software can't cope with the noise being produced and as well as purple blobs appearing, the picture takes on a cast. Interestingly, the ISO 3200 setting has the cast removed although there's green and blue spots in random areas.

The Nikon Coolpix S6150's 7x zoom lens offers a versatile focal range, as demonstrated by the examples below.

The Nikon Coolpix S6150 has 2 different image quality settings available, with Fine being the highest quality option. Here are some 100% crops which show the quality of the various options, with the file size shown in brackets.

Focusing on the S6150 is great with nice, sharp pictures but we did find a benefit in using a sharpening tool in a photo editing suite such as Adobe Photoshop.

Despite not having an ED lens element fitted to the camera, the Nikon Coolpix S6150 hardly showed any signs of suffering from chromatic aberration. We had to hunt extensively to find any and it made us wonder whether fitting an ED lens would've eradicated it altogether. It's worth noting at this point that the camera does have a bit of a problem with lens flare and this can sometimes be mistaken for chromatic aberration.

The macro mode on the Nikon Coolpix S6150 can focus no closer than around 10cm. Not what we're used to and looks disappointing when compared against other cameras of a similar specification that will focus at half the distance and closer. Still, those that will focus closer will also suffer from barrel distortion. We couldn't find any problems with it on the S6150 so it seems that Nikon have sacrificed close focusing for image quality. A noble gesture but could be one overlooked by consumers who simply want to photograph that funny coloured beetle on holiday and it won't focus on it.

Technically, centre definition is excellent, we got a lovely sharp picture in the lab test and in the field test we had the same results. The only drawback was that we kept moving in too close initially and it was trial and error to finally get the right distance.

The S6150 does suffer from slight vignetting when the flash is off but the flash being fired doesn't solve this. Even at telephoto we found a darkness edging in at the corners.

The preset night scne mode warmed the picture too much on our test so we switched into auto, used the custom white-balance setting (which is great and very easy to use) and got a much more pleasing look.