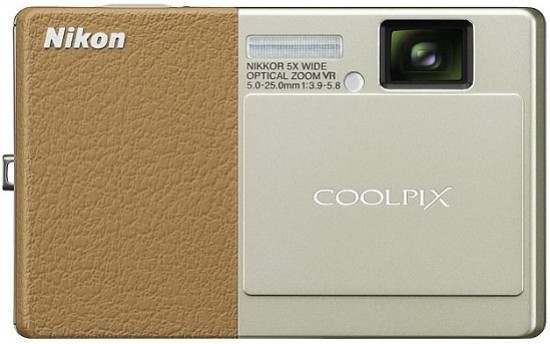 All of the sample images in this Review were taken using the 12 megapixel High JPEG setting, which gives an average image size of around 5Mb.

During the review period, the Nikon Coolpix S70 produced images of average quality. Centre sharpness was generally high, but off-centre sharpness and resolution tended to be noticeably worse, and not just in the extreme corners. Colours on the whole were true to life, but highlight clipping would often occur in contrasty lighting, as you would expect based on sensor size and pixel density.

On a related note, ISO performance was also far from stellar, with the effects of noise reduction being noticeable even at base ISO, and getting progressively worse higher up the sensitivity ladder. As usual, the appearance of noise itself was as much a function of the colour composition of the dominant light source as that of the ISO setting used. It was less likely to occur if a daylight balanced light source was used, but became very apparent - and unpleasant looking - in Tungsten or fluorescent light, particularly at ISO 1600. Vibration reduction worked well and was a great help in combating camera shake.

At full resolution, the sensitivity range of the Nikon Coolpix S70 extends from ISO 80 to ISO 1600. ISO 3200 and 6400 are also selectable, but resolution will be limited to 3 megapixels. In Auto ISO mode, the camera may pick the wildest ISO values - such as ISO 95 or ISO 505 - at its sole discretion.

There are two JPEG quality settings available at full resolution; normal and high. On the camera, the latter is denoted with an asterisk next to the megapixel count. The Coolpix S70 doesn't shoot RAW. Here are some 100% crops which show the quality of the various options.

The stacked zoom lens did produce a few examples of nasty chromatic aberrations, but on the whole, they were less of an issue than expected.

The Nikon S70 has an excellent macro mode. Officially, the minimum focus distance is 3cm, but we were able to focus down to a little less than that. Optimum results are achieved with the lens zoomed in a little. The first image shows how close you can get to the subject(in this case a compact flash card). The second image is a 100% crop.

These shots of a white ceiling were taken at a subject distance of 1.5m. It is obvious that the flash struggles to evenly illuminate the entire subject at the wide end of the zoom range, but the flash coverage issue is much less severe at the maximum telephoto setting. In the photos taken without flash, we can see a tiny amount of light fall-off in the corners, but it is not field relevant.

And here are some portrait shots. The flash has a red-eye reduction setting, which helps reduce the dreaded red-eye effect.

The slowest shutter speed of the Nikon Coolpix S70 is four seconds in the Fireworks show scene mode, and even less in the other shooting modes, which is disappointing news if you are seriously interested in night photography. The following example was taken at a shutter speed of one second at ISO 100. We have included a 100% crop to show what the quality is like.

Vibration Reduction is Nikon’s name for anti-shake, which in the Coolpix S70 works via a sensor-shift mechanism. The following examples, which are 100% crops from two photographs taken at a shutter speed of 1/7th second at ISO 100 illustrate the effect.