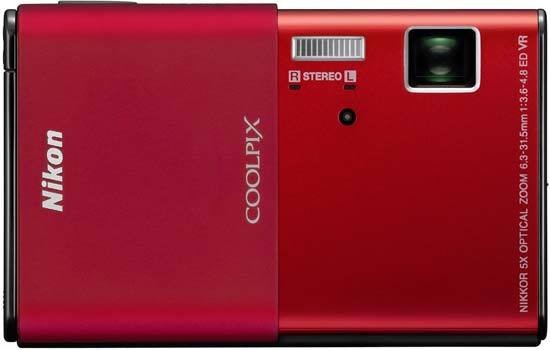 All of the sample images in this Review were taken using the 14 megapixel High JPEG setting, which gives an average image size of around 5.5Mb.

The Nikon Coolpix S80 produced images of above average quality during the review period. The 1/2.33 inch, 14 megapixel sensor used in the S80 suffers from noisy images even at the relatively slow speed of ISO 200. ISO 400 exhibits quite visible noise and colour desaturation, and ISO 800 is even noisier, although still usable for small prints. ISO 1600 is best avoided altogether, while the fastest settings of ISO 3200 and 6400 are reduced to just 3 megapixels.

The Coolpix S80 dealt fairly well with chromatic aberrations, with some purple fringing effects appearing mostly in high contrast situations. The flash worked fairly well indoors, with a little red-eye and adequate exposure, except in the corners of the frame at the wide-angle setting. The night photograph was poor, with the maximum shutter speed of 4 seconds not allowing you to capture enough light.

Macro performance is below par, only allowing you to focus as close as 7cms away from the subject. The images were a little soft straight out of the camera at the default sharpening setting and ideally require further sharpening in an application like Adobe Photoshop, as you can't change the in-camera setting if you don't like the default results. Anti-shake is a feature that works very well when hand-holding the camera in low-light conditions or when using the telephoto end of the zoom range.

At full resolution, the sensitivity range of the Nikon Coolpix S80 extends from ISO 80 to ISO 1600. ISO 3200 and 6400 are also selectable, but resolution is limited to 3 megapixels.

The Nikon Coolpix S80's 5x zoom lens offers a versatile, if not particularly wide, focal range, as illustrated by these examples:

There are two JPEG quality settings available at full resolution; normal and high. On the camera, the latter is denoted with an asterisk next to the megapixel count. The Coolpix S80 doesn't shoot RAW. Here are some 100% crops which show the quality of the various options.

The Nikon Coolpix S80 has a below average macro mode, offering a minimum focus distance of 7cms. The first image shows how close you can get to the subject (in this case a compact flash card). The second image is a 100% crop.

These shots of a white wall were taken at a subject distance of 1.5m. It is obvious that the flash struggles to evenly illuminate the entire subject at the wide end of the zoom range, but the flash coverage issue is much less severe at the maximum telephoto setting.

And here are some portrait shots. The flash has a red-eye reduction setting, which helps reduce the dreaded red-eye effect, but doesn't entirely remove it.

The slowest shutter speed of the Nikon Coolpix S80 is four seconds in the Fireworks show scene mode, and even less in the other shooting modes, which is disappointing news if you are seriously interested in night photography. The following example was taken at a shutter speed of 1 second at IOS 100. We have included a 100% crop to show what the quality is like.