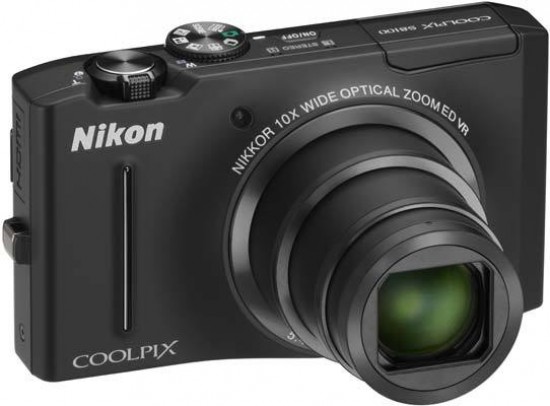 Reviews of the Nikon Coolpix S8100 from around the web.

The advancements made in the digital compact world within the last year have really given us hope for the future of the industry, and the Nikon Coolpix S8100 is a premiere example of why the low light revolution should be proud. Ever since we reviewed the Canon PowerShot SD4000 IS, we knew that the game had been changed, and it would never remain the same. Canon has done wonders with basic imaging sensors that specialize in high ISO quality. We've also seen it from Sony with their DSC-TX7, and Panasonic is gradually catching up.
Read the full review »

The S8100 looks like a typical compact zoom, and is almost indistinguishable from the S8000, which was released in early 2010. It’s about the length and height of a smartphone, and about an inch thick -- small enough to fit in a pants pocket, but not a tiny camera. It’s a little bit heavy, but that heft makes it feel well-built. The 30-300mm (10x zoom) lens is a little bit narrow at the wide angle, but the telephoto setting is handy for nature shots. For a camera meant to shoot well in low-light, the max aperture of f3.5 is concerning, but that’s an expected trade-off for such a versatile lens.
Read the full review »