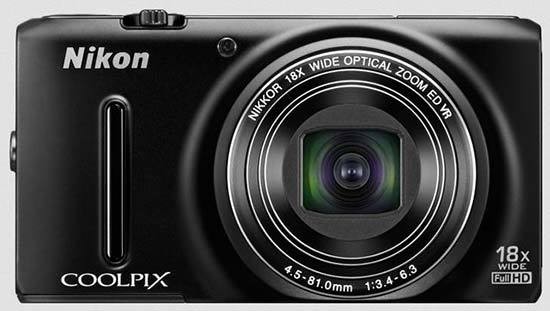 All of the sample images in this review were taken using the 18 megapixel Fine JPEG setting, which gives an average image size of around 6.5Mb.

Although the S9400 pushes the boat out in terms of the available focal length, happily it doesn't over-reach itself. We managed to get very usable results shooting at its extremities. Especially impressive, given that this is a point and shoot model aimed at the general user rather than amateur enthusiast. Too many times with rival travel zooms two or three shots are required to get a sharply focused image in daylight when shooting handheld at maximum 450mm equivalent telephoto – but that wasn't the case here.

Yes there's softening of detail to limit the appearance of image noise at ISO 800 and above, but we can live with that. At ISO 1600 it's only really shadow detail that is taking on the tell-tale sandy appearance, and only if enlarging sections to scrutinize closely. At the maximum setting of ISO 3200 there's a more obvious smoothing/softened effect compared with the previous images. Overall though the S9400 has delivered a very respectable ISO performance for a sub £300 camera.

So the S9400 is reliably consistent, even if, to nitpick, we noticed marginal corner softening at extreme 25mm equivalent wideangle settings. As with just about every other pocket digital compact, purple fringing occasionally also makes an appearance in images with areas of high contrast. Otherwise colours veer towards the naturalistic.

There are 6 ISO settings available on the Nikon Coolpix S9400. Here are some 100% crops which show the noise levels for each ISO setting.

The Nikon Coolpix S9400's 18x zoom lens offers a very versatile focal range, as demonstrated by the examples below.

The Nikon Coolpix S9400 has 2 different image quality settings available, with Fine being the highest quality option. Here are some 100% crops which show the quality of the various options, with the file size shown in brackets.

The Nikon Coolpix S9400 handled chromatic aberrations fairly well during the review, with some purple fringing present around the edges of objects in certain high-contrast situations, as shown in the examples below.

The Nikon Coolpix S9400 offers a Macro setting that allows you to focus on a subject that is 4cms away from the camera when the lens is set to wide-angle. The first image shows how close you can get to the subject (in this case a compact flash card). The second image is a 100% crop.

The flash settings on the Nikon Coolpix S9400 are Auto, Auto/Red-eye Reduction, Off, On and Slow Sync./Red-eye Reduction. These shots of a white coloured wall were taken at a distance of 1.5m.

The Nikon Coolpix S9400's maximum shutter speed is 4 seconds in the Fireworks scene mode, which is not great news if you're seriously interested in night photography. The shot below was taken using a shutter speed of 1 second at ISO 125.

The Nikon Coolpix S9400 offers a number of special effects that you can preview before taking the shot.