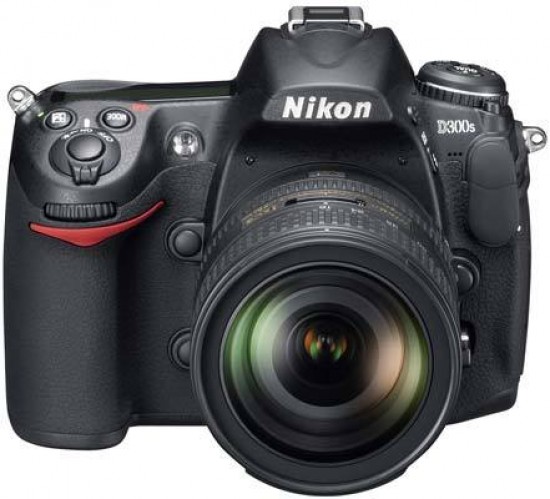 All of the sample images in this Review were taken using the 12 megapixel Fine JPEG setting, which gives an average image size of around 6.5Mb.

During the review, the Nikon D300s produced images of excellent quality. Resolution at base ISO proved enough for some seriously big prints, particularly when using a truly sharp lens. Noise, while detectable if you deliberately looked for it, did not pose a real problem until you went above ISO 1600, and even then it remained low enough to to allow small to mid-sized prints to be made (though saturation did drop noticeably beyond ISO 3200). Active D-lighting managed to squeeze most of the dynamic range captured by the sensor into the JPEGs the camera produced. Red-eye was not a common occurrence with the built-in flash. The camera also proved very well suited to night photography, with no hot pixels appearing in night shots, even with long-exposure noise reduction turned off. The multiple exposure function also worked well, further expanding the creative possibilities of this camera.

The base sensitivity of the Nikon D300s is ISO 200, but you can go down to ISO 100 using the expanded sensitivity setting of L1.0. At the other end of the scale, you can dial in ISO 3200, or even 6400, the latter of which also comes as an expanded setting, called H1.0. The ISO speed can be adjusted in 1/3 EV increments. The 100% crops below are from photos taken at “full” ISO speeds from ISO 100 through ISO 6400, with High ISO NR turned off. The Nikon D300s also has ISO Sensitivity Auto Control, activated from the shooting menu. If set to On, the camera will automatically adjust the sensitivity if proper exposure cannot be achieved at the value chosen by the photographer. The user can put a limit on the maximum sensitivity selectable by the camera.

The file quality settings available on the D300s include Basic, Normal and Fine for JPEGs, plus you can also store your photos as TIFFs and in Nikon's proprietary raw format (NEF). NEFs can be either 12- or 14-bit. Don't expect to see much of a difference between these two unless you do lots of post-capture tweaking, in which case you may see a benefit to working with 14-bit originals. Do note that the maximum continuous shooting speed drops from 7fps to about 2.5 in this case.

The out-of-camera JPEGs are in fact quite sharp at the default settings if you use a sharp lens to begin with, but shots taken at maximum aperture often benefit from some further sharpening in a program like Adobe Photoshop. Alternatively you can change the in-camera sharpening level to suit your tastes. Here are two 100% crops which have been Saved as Web - Quality 50 in Photoshop. The right-hand image has had some extra sharpening applied.

The Nikon D300s is exceptionally well suited to flash photography. You can attach both dedicated system flashes and non-dedicated centre-contact units via the hot-shoe, and cable-contact flashguns – including mains flashes – via the standard Pontor-Compur terminal that is sheltered behind a hinged rubber flap on the front of the camera. Like its predecessor, the D300s also features a pop-up flash, which thankfully only pops up when you press a button on the side of the pentaprism housing. The flash mode – front-curtain sync, rear-curtain sync, slow sync, red-eye reduction or red-eye reduction with slow sync – can be selected by holding down a separate button located below the flash pop-up button, and spinning the rear control wheel. By rotating the front control wheel while holding down the same button, you can set the amount of flash exposure compensation.

The built-in speedlight caused no red-eye in this test, so there is no real difference between the two photos in this respect.

The Nikon D300s' pop-up flash can also act as a commander for wirelessly slaved SB-900, SB-800 or SB-600 flash units, eliminating the need to buy a separately sold SU-800 wireless speedlight commander. These examples show the difference between shooting with the pop-up flash and using a wireless slave – in this case, an SB-600.

The Nikon D300s lets you dial in shutter speeds of up to 30 seconds and has a Bulb mode as well for exposure times of practically any length, which is very good news if you are seriously interested in night photography. There is an optional long-exposure noise reduction function that can be activated to filter out any hot pixels that may appear when extremely slow shutter speeds are used, though I found no need for this when taking the photograph below at a shutter speed of 30 seconds, aperture of f/11 at the L1.0 (ISO 100) sensitivity setting. We've included a 100% crop for you to see what the quality is like.

D-lighting is Nikon's dynamic range optimisation tool that attempts to squeeze  the full dynamic range of the sensor into JPEGs. Active D-lighting works “on the fly”, before the in-camera processing engine converts the raw image data into JPEGs. The available settings are Off, Auto, Low, Medium, High and Extra High. The following examples demonstrate the difference between the two extremes, Off and Extra High. Note that if you are not satisfied with the results, you can also apply post-capture D-lighting from the Retouch menu.

Like many of Nikon's film SLRs, the D300s allows you to record more than one exposure in a single photo. Up to ten exposures can be combined. The example below was taken using two exposures.