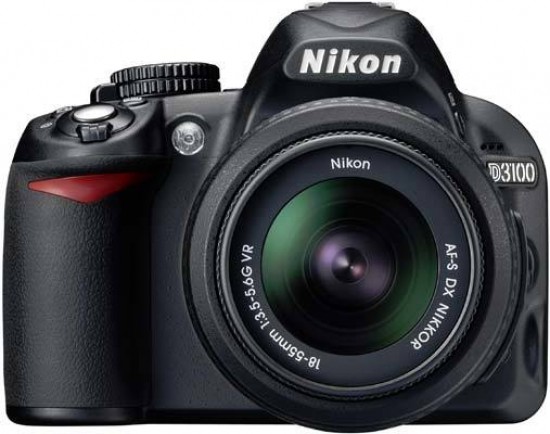 All of the sample images in this Review were taken using the 14.2 megapixel Fine JPEG setting, which gives an average image size of around 6Mb.

The Nikon D3100 produced images of excellent quality during the review period. The out-of-camera JPEGs are soft at the default settings, but switch to raw image capture, and you'll see just how much detail the fourteen-megapixel sensor can record. Along with the increase in the number of pixels came a welcome improvement in high-ISO performance. The settings of ISO 100 through ISO 400 are as good as indistinguishable from each other. The slightest hint of noise starts to creep in at ISO 800 but the images are still very clean at that setting. ISO 1,600 and ISO 3,200 show progressively more noise, but both are eminently usable, even for very large prints. At the two “boosted” sensitivity settings the JPEGs are already full of chroma noise but the raw files only show some finely grained luminance noise that allows even the ISO 12,800 setting to produce printable results. The night photograph was excellent even with long-exposure noise reduction turned off. Red-eye was not a common occurrence with the built-in flash.

The standard sensitivity settings on the Nikon D3100 range from ISO 100 to ISO 3,200, with expanded (boosted) settings of ISO 6,400 and ISO 12,800 also available. The following 100% crops show the noise levels for each setting. The raw files have been converted with Adobe Camera Raw 6.3 Release Candidate.

The file quality settings available on the Nikon D3100 are Basic, Normal and Fine for JPEGs, with raw capture also at your disposal. The following crops demonstrate the differences in quality. Note how much sharper the raw output is (again straight from ACR 6.3 RC).

The out-of-camera JPEGs are soft at the default settings, and benefit from further sharpening in a program like Adobe Photoshop. Here are a couple of 100% crops - the right-hand images have had some sharpening applied. You can also change the in-camera sharpening level by altering the Picture Controls if you don't like the default look.

The Nikon D3100's 18-55mm VR kit lens handled chromatic aberrations quite well during the review, with some purple fringing present around the edges of objects in high-contrast situations, as shown in the examples below.

And here are some portrait shots. As you can see, neither the Flash On or the Red-eye-Reduction settings caused any noticeable red-eye.

The Nikon D3100 lets you dial in shutter speeds of up to 30 seconds and has a Bulb mode as well for exposure times of practically any length, which is very good news if you are seriously interested in night photography. There is an optional long-exposure noise reduction function that can be activated to filter out any hot pixels that may appear when extremely slow shutter speeds are used. Do note that this works by way of dark frame subtraction, which effectively doubles the exposure time. The shot below was taken using a shutter speed of 30 seconds, aperture of f/11 at ISO 200, with noise reduction turned off in the menu. We've included a 100% crop for you to see what the quality is like.

The Nikon D3100 does not offer body-integral image stabilisation, but the 18-55mm kit lens bundled with the camera features Vibration Reduction, Nikon's proprietary lens-based optical stabilisation system. This allows you to take sharp hand-held photos at slower shutter speeds than with lenses that lack this function. To illustrate this, I took two photos at the long end of the zoom, with VR turned on and off. There is a noticeable difference, even though the one taken with VR on also has a hint of blur to it.

Nikon’s Picture Controls are akin to Canon’s Picture Styles in being preset combinations of sharpening, contrast, brightness, saturation and hue. The available choices are Standard, Neutral, Vivid, Monochrome, Portrait and Landscape. The following examples demonstrate the differences across these options.