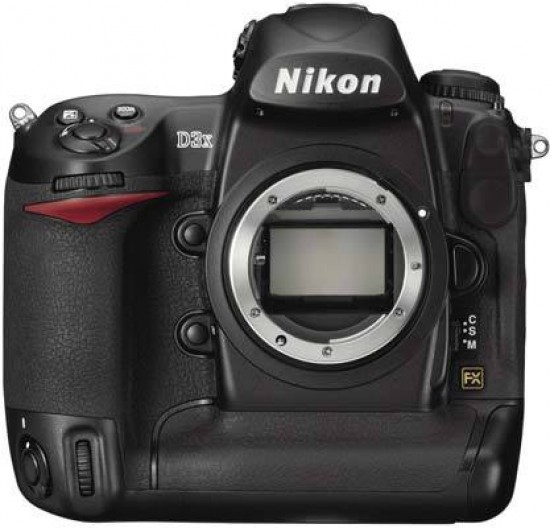 All of the sample images in this Review were taken using the 24.5 megapixel Fine JPEG setting, which gives an average image size of around 9Mb.

We were stunned by the level of detail delivered by the D3 on test last year; so, given the asking price and pixel count, is the D3x really twice as good? For the purposes of the images displayed here we were shooting large size, fine quality JPEGs. There's plenty of detail and subtlety of tone from the D3x when shooting portraits. For landscapes the Nikon's Picture Control setting of vivid delivered colours closer to those before us than leaving it on its default setting, which by contrast delivered rather flat results. In comparison with the D3, viewing images from that and the D3x side by side, the former's images are noticeably smoother and as we mentioned at that time of our initial review, more film-like while the D3x's do reveal more clearly defined detail – particularly on close ups – when viewed at 100%.

In terms of light sensitivity, with Nikon DSLRs currently leading the field when it comes to performance at ever-increasing ISOs, we were expecting the imagery from the D3x to continue the run of clear, grain free results provided by its D300, D700 and D3 brethren – despite the fact that, though this is the flagship model, its maximum setting isn't the highest in the range. Though noise is visible in shadow areas and detail softening at its expanded ISO 6400 equivalent setting compared to lower settings, this is still beats results at ISO 1600 from consumer-level models. Though it's not until ISO 1600 that you notice detail becoming smoother to limit the appearance of grain, stick to ISO 400 or below if you want to avoid noise entirely.

There are 8 ISO settings available on the Nikon D3x. Here are some 100% crops which show the noise levels for each ISO setting, with JPEG on the left and the RAW equivalent on the right:

The Nikon D3x has 3 different JPEG file quality settings available, with Fine being the highest quality JPEG option, and also offers TIF and RAW formats too. Here are some 100% crops which show the quality of the various options, with the file size shown in brackets.

The Nikon D3x's maximum shutter speed is 30 seconds and there's a Bulb mode for even longer exposures, which is excellent news if you're seriously interested in night photography. The shot below was taken using a shutter speed of 1/2 second, aperture of f/3.5 at ISO 1600. I've included a 100% crop of the image to show what the quality is like.

D-lighting is Nikon's dynamic range optimisation tool that attempts to squeeze the full dynamic range of the sensor into JPEGs. The D3x has Active D-lighting, which works "on the fly", before the in-camera processing engine converts the raw image data into JPEGs. The available settings are Off, Auto, Low, Medium, High and Extra High. In the field, I found that the Auto setting usually produced excellent results, with no major blown highlights or blocked shadows seen in the pictures. The following examples demonstrate the effects of the varius D-lighting options.