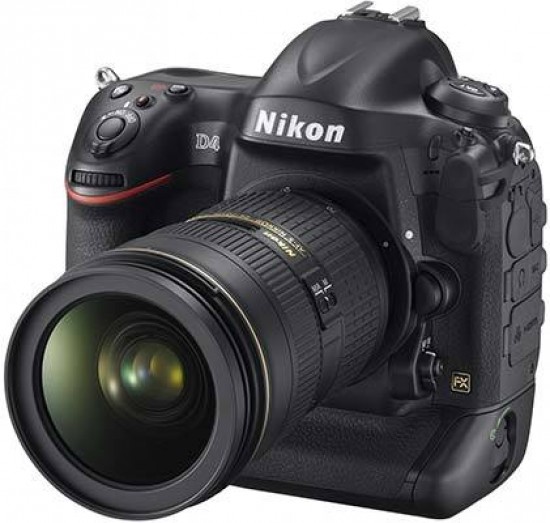 All of the sample images in this Review were taken using the 16 megapixel Fine JPEG setting, which gives an average image size of around 7Mb.

The Nikon D3S had a reputation for producing the highest quality images among digital SLR cameras, particularly at high ISO settings. Because of the move to a 16-megapixel sensor, a lot of people feared that the high-ISO image quality of the Nikon D4 would not be up to the same high standards (while there were others who optimistically expected the D4 to be what the D3S was to the D3). What we have found is that the higher pixel density of the new sensor hasn't really impacted negatively on the image quality, which is still very high, and comes with the added benefit of a somewhat higher resolution. That said, the Nikon D4 is no longer in a class of its own as the competition has caught up.

As to other aspects of image quality, they are also top notch: colours are pleasing, tonality is superb, and dynamic range is wide. The Vignette Control feature works just as well as it did on the D3S, Active D-lighting is better than ever, and HDR capture also does a great job. The night shot came out very well even with long-exposure noise reduction turned off.

The out-of-camera JPEGs appear a lot less sharp than images converted from raw, and often benefit from some sharpening in a program like Adobe Photoshop. Alternatively you can change the in-camera sharpening level to suit your tastes. Here are two pairs of 100% crops – the right-hand images have had some extra sharpening applied.

The file quality settings available on the Nikon D4 are Fine, Normal and Basic for JPEGs, plus you can also store your photos in Nikon’s proprietary raw format (NEF). NEFs can be either 12- or 14-bit. Don’t expect to see much of a difference between these two unless you do lots of post-capture tweaking, in which case you may see a benefit to working with 14-bit originals. Here are some 100% crops which show the quality of the various options.

D-lighting is Nikon's dynamic range optimisation tool that attempts to squeeze  the full dynamic range of the sensor into JPEGs. Active D-lighting works “on the fly”, before the in-camera processing engine converts the raw image data into JPEGs. The available settings are Off, Low, Normal, High, Extra High 1 and Extra High 2. The last of these is a new setting, while the others have been carried over from the Nikon D3S.

New to the Nikon D4 is the ability to shoot two differently exposed images in rapid succession, which are then blended in-camera to form a single, high-dynamic-range image. Although Nikon recommends that you use a tripod for this, the extremely fast continuous shooting capability of the Nikon D4 means that you can often get good results even when you don’t have a tripod to hand. The exposure differential can be 1, 2 or 3EV (or automatic), and you can choose from three different levels of smoothing. Note that this feature is only available when shooting JPEG.

Nikon’s Picture Controls are akin to Canon’s Picture Styles in being preset combinations of sharpening, contrast, brightness, saturation and hue. The Nikon D4 offers all four Picture Controls that were present in the D3S, namely Standard, Neutral, Monochrome and Vivid, and adds Portrait and Landscape to the list of available options. All Picture Controls can be tweaked to your liking, then saved and transferred to other cameras.

Vignetting is a fact of life with FX cameras and their lenses, but it usually does not mean completely black corners. Nikon’s Vignette Control feature seeks to reduce this corner shading. As in the D3S, it has three levels, Low, Normal and High, and it can of course be turned off. As you can see in these examples taken with the AF-S 50mm f/1.4G lens at f/1.4, the feature really works.

The Nikon D4 lets you dial in shutter speeds of up to 30 seconds and has a Bulb mode as well for exposure times of practically any length, which is very good news if you are seriously interested in night photography. There is an optional long-exposure noise reduction function that can be activated to filter out any hot pixels that may appear when extremely slow shutter speeds are used, though I found no need for this when taking the photograph below at a shutter speed of 30 seconds, aperture of f/16 at ISO 200. We’ve included a 100% crop for you to see what the quality is like.