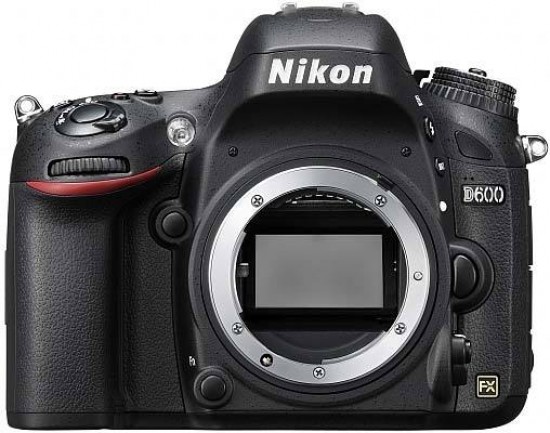 When the first rumours of an FX-format Nikon D600 started circulating on the Internet, just about everybody thought it would be a full-framer for the masses - i.e. an entry-level, FX format digital SLR camera sporting an entry-level feature set and an entry-level price tag; with some websites speculating that it might hit the shelves at a price as low as £1,200/€1,500. In reality, the Nikon D600 has turned out to be quite a different kettle of fish. With its current price of £1,734.95 / $2099.95, the Nikon D600 isn't the most aggressively priced full-frame digital camera ever - that title is held by the Sony A850, which cost £1,700 / $1,999 at launch - but then with highlights like a weather sealed body, a viewfinder offering 100% frame coverage, a shutter designed for 150,000 actuations, bona fide spot metering and a multi-point AF system that works with lens+teleconverter combinations as slow as f/8; it isn't exactly the kind of camera anyone would describe as “entry-level,” either. And let's not forget that the D600 is the least expensive of all currently manufactured full-frame cameras, undercutting Nikon's own D800 by as much as 20-30%, depending on market. In some countries, you can buy the Nikon D600 plus the new AF-S 28mm f/1.8G lens - or the D600 plus the 50mm f/1.8G and 85mm f/1.8G lenses - for the same price as the D800 with no lenses at all.

At full resolution, the Nikon D600 captures an astonishing amount of detail - not quite as much as the D800 but still more than most people will ever need. In addition, the camera has better auto white balance than any previous Nikon we've tested, even in incandescent and Tungsten balanced fluorescent light, where it manages to leave just the right amount of warmth in the images for a perfectly natural look. The photos, especially those shot in NEF format, also have great dynamic range and generally low levels of noise.

In use we have found the Nikon D600 to be a great, responsive and versatile tool. The 39-point auto focus system has proven to be fast and generally accurate, with the fastest speeds achieved using the AF-S 24-70mm f/2.8G lens. We did feel that the AF module's frame coverage could have been greater and also had some issues seeing the active focus point because of the unusually small size of the in-finder AF point indicators - but that aside, we've found the focus system to work well in most conditions except  for really low light, where the D800 proved to be superior. That the D600 is lighter than any other Nikon FX digital SLR camera is a real boon to anyone planning to use it for extended periods of time, though be prepared that it's still quite a handful and noticeably heavier than the cheapest auto focus SLRs of the film era (then again, it's a much higher specified model than any of those). The Nikon D600's mirror is surprisingly quiet for a full-frame SLR camera and in normal use it produces only minimal viewfinder blackout. The only major gripe we have with the camera is that you cannot change the aperture in Live View or during movie capture, unless you use an old lens with a manual aperture ring, of course.

If you think you can live with that and a few other limitations / omissions versus the D800; the smaller, lighter and cheaper Nikon D600 will serve you just as well as the more expensive model - and even give you faster frame rates and more manageable raw file sizes as an added bonus.