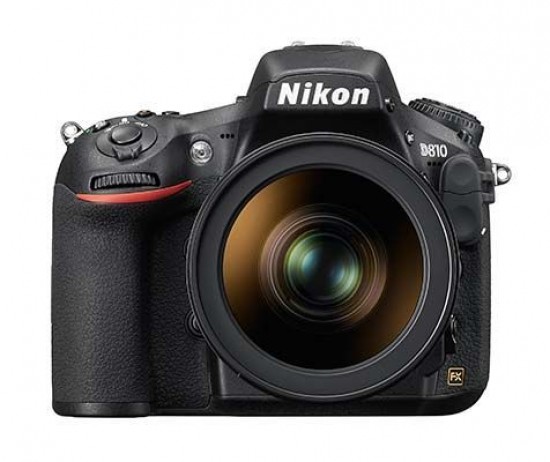 All of the sample images in this review were taken using the 36 megapixel Fine JPEG setting, which gives an average image size of around 25Mb.

At full resolution, the Nikon D810 produces images of 7360x4912 pixels, which yield sharp 24”x16” prints at 300ppi with no interpolation. The level of detail captured is stunning and comparable to many medium-format digital cameras and backs. However, there is more to the Nikon D810's image quality than pure resolution. The photos, especially those shot in NEF format, also have great dynamic range and generally low levels of noise.

When scrutinised up close at 1:1 view, they may seem noisier than most other full-frame DSLRs, especially at ISO 6400 and beyond, but given the insanely high levels of detail captured you can apply quite a bit of noise reduction to them and still walk away with a sharper and more detailed final image than if you had used a cleaner but lower-resolution photograph to begin with. Thus noise really only becomes a problem when shooting at high ISO settings in in DX crop mode, and even then it's comparable to what you've been used to seeing from top-of-the line 16-megapixel APS-C dSLRs.

Nikon's Active D-lighting and HDR technologies work well in contrasty light, the built-in flash produces even exposures with no detectable red-eye, and the camera is also very well suited to night photography and long exposures in general.

The file quality settings available on the Nikon D810 include Basic, Normal and Fine for JPEGs, and the camera can also shoot 12- or 14-bit NEFs (Nikon's proprietary raw file format) and 8-bit TIFFs.

Unlike its main competitor the Canon EOS 5D Mark III, the Nikon D810 features a pop-up flash, with a guide number of 12 in metres at ISO 100. This little on-board Speedlight has a number of functions including front- and rear-curtain sync, red-eye reduction, i-TTL, Manual and Repeating Flash. Additionally, it can act as a trigger for up to two groups of wirelessly slaved system flashes, alleviating the need to buy an SU-800 commander unit or use a more expensive flashgun as the master.

As the shots below demonstrate, red-eye isn't a common problem with the built-in flash even if you don't use red-eye reduction.

The Nikon D810 lets you dial in shutter speeds of up to 30 seconds and has a Bulb mode as well for exposure times of practically any length, which is very good news if you are seriously interested in night photography. There is an optional long-exposure noise reduction function that can be activated to filter out any hot pixels that may appear when extremely slow shutter speeds are used, though we found no need for this when taking the photograph below at a shutter speed of 30 seconds, aperture of f/11 at ISO 64. We've included a 100% crop for you to see what the quality is like.

D-lighting is Nikon's dynamic range optimisation tool that attempts to squeeze the full dynamic range of the sensor into JPEGs. Active D-lighting works “on the fly”, before the in-camera processing engine converts the raw image data into JPEGs. The available settings are Off, Low, Normal, High and Extra High.

The Nikon D810 offers the ability to shoot two differently exposed images in rapid succession, which are then blended in-camera to form a single, high-dynamic-range image. The exposure differential can be 1, 2 or 3EV, and you can choose from three different levels of smoothing (low, normal and high; with normal and high producing  more realistic results than the low setting). Note that this feature is only available when shooting JPEG.

The Nikon D810 is an FX camera but it can also shoot in one of three crop modes, including a 25-megapixel “1.2x crop mode”, a 15-megapixel “DX crop mode” and a special, 30-megapixel “5:4 mode” that uses the full height of the sensor but trims the sides. The boundaries of the cropped areas are denoted with thin black lines in the viewfinder, which otherwise continues to show the full FX view, allowing you to see what's happening outside the cropped frame - perfect for sports and action shooting.