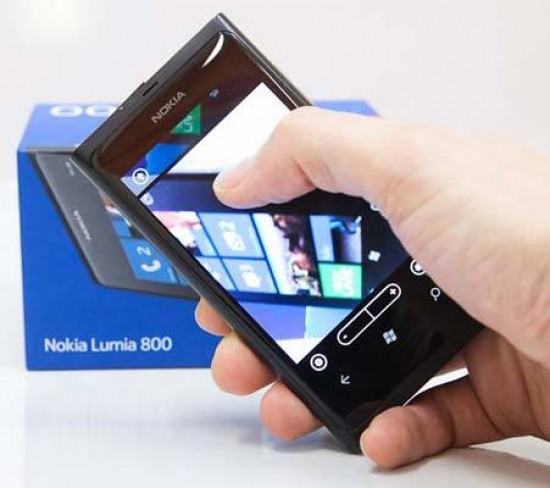 The death of the entry-level compact camera has been rumoured for the past few years now, with smartphones like the ever-popular Apple iPhone becoming the defacto daily choice for many people, even for some photographers. So we've taken a look at the new Nokia Lumia 800, a Windows phone that has an 8 megapixel image sensor and an f/2.2 Carl Zeiss-branded lens with a focal length of 28mm and a dual Xenon flash, to find out if a modern smartphone can really replace the compact camera.

The Nokia Lumia 800 has an 8 megapixel sensor that produces a largest still file size of 3264 x 2448 pixels in the JPEG format and 720p HD movies at 1280x720 pixels at 30fps. The 28mm fixed Carl Zeiss lens has a fast aperture of f/2.2 and a minimum focal distance of 10cm in the Macro Focus mode, plus there's a Dual LED flash just above the lens to help out in low-lit environments (although don't expect miracles). There's even a respectable enough ISO range, from 100-800, with Auto choosing the best setting for you. 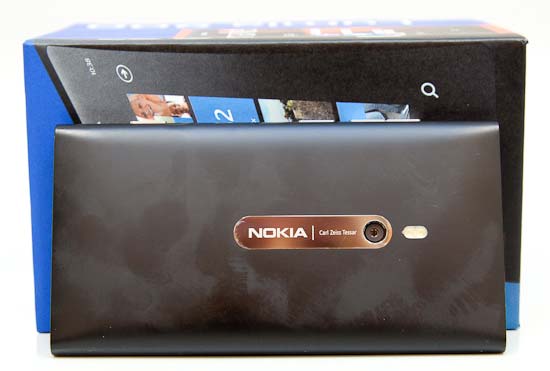 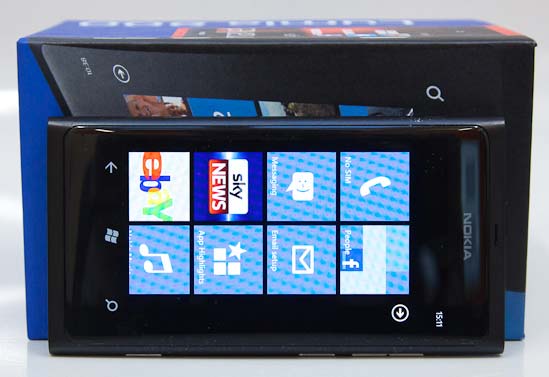 Turned on, displaying the default apps

Unlike some other smartphones on the market, it's actually very easy to take a picture with the Nokia Lumia 800. Once the device is turned on, you can interrup whatever it is you're doing and go into photo-taking mode by pressing the slim shutter button on the side. Other than the flash and the lens, this is the only physical control for operating the Lumia 800's camera. There is a digital zoom, but that's operated via on-screen soft buttons rather than the perhpas more logical volume buttons. You can also toggle between stills and movies and access the camera settings via two small onscreen icons above and below the zoom buttons. 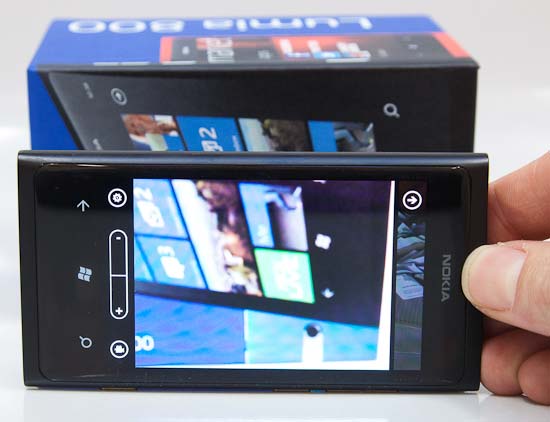 One of the most impressive photo features of the Nokia Lumia 800 is touch-capture. Similar to the system found on some Panasonic Lumix cameras, you simply touch the subject on the large LCD screen to to focus on it, and then the picture is automatically taken as soon as the focus has been achieved. What's more, the Lumia 800 also locks the exposure at the point of of focus, so you can also use this feature as a rather rudimentary but still welcome means of locking the exposure, something that you can't achieve by using the shutter release button. This feature proved so useful that it became my default way of taking a picture with the Nokia Lumia 800. 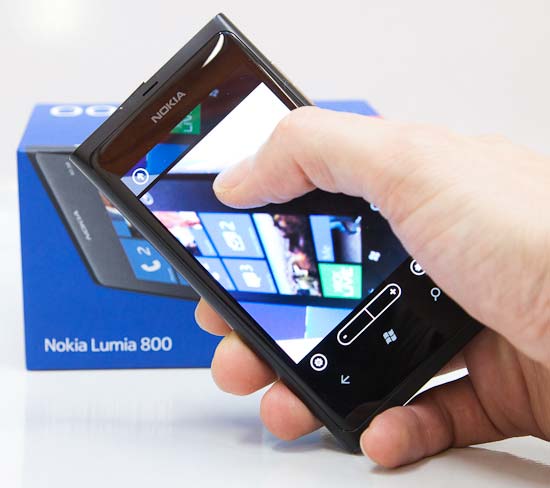 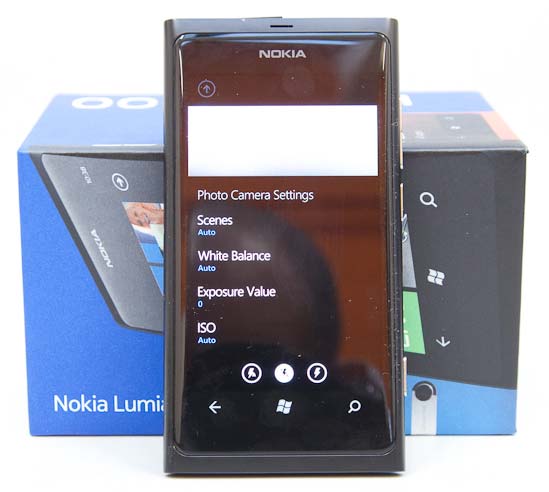 Reviewing your photos is a remarkably intuitive affair thanks to the clever touchscreen interface. We especially like the way that you can instantly move from image taking to playback by simply swiping your finger from left to right across the screen, with the live image available as the last frame in the sequence. Pinching your fingers together brings up a thumbnail display for easier navigation, while moving them apart zooms into the selected image. 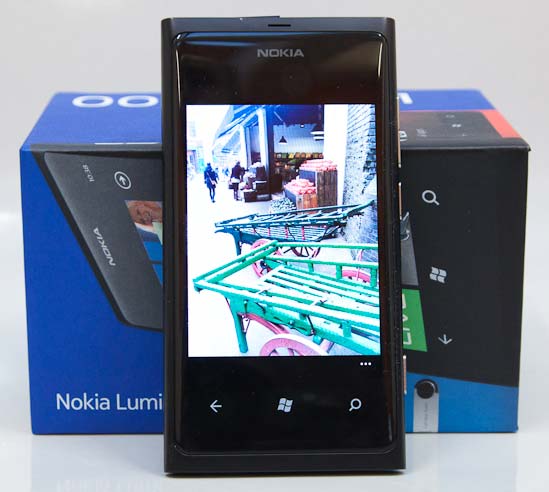 3 small dots at the bottom of the screen opens the Playback menu, with options for sharing your photos, using the current image as wallpaper, deleting, adding to favourites and an auto-fix option that does a decent job of rescuing certain images. As you'd expect of a modern smartphone, every image is automatically geotagged too. The one thing that we didn't really enjoy was having to install and use the intrusive and confusing Microsoft Zune software just to copy photos from the Lumia 800 to a PC - why can't you just drag and drop in Windows Explorer? 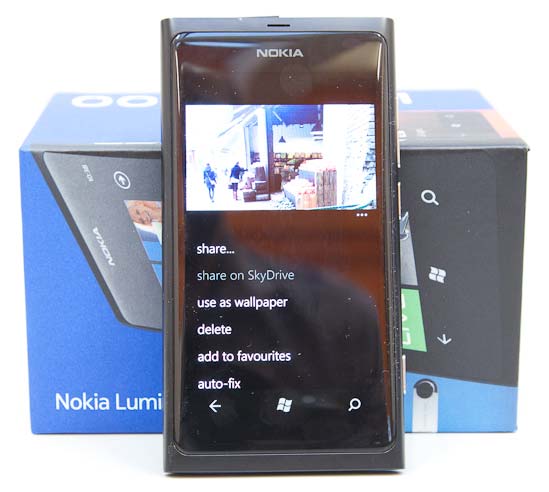