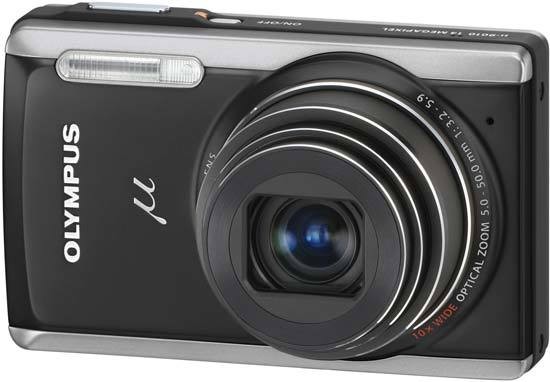 During the test, the Olympus mju 9010 produced images of distinctly better quality than its little sister the mju 7040. At most focal lengths and subject distances, the lens was noticeably sharper, especially off centre, where the 7040's 7x zoom often struggled. Packing 14 million pixels on a tiny-tiny sensor took its toll on the signal-to-noise ratio, however, with noise creeping in even at the lowest sensitivity settings. The company's Shadow Adjustment Technology produced a more subdued effect than on the mju 7040, which is a good thing. The night shot came out okay, but the camera is very reluctant to use truly slow shutter speeds, which is why it is not the ideal tool for night photography. The Magic Filters are fun, though of limited actual use.

In P mode you can set the ISO speed yourself, while in the other shooting modes, the camera picks the right sensitivity setting at its own discretion. The Olympus mju 9010 shows a degree of self-restraint by stopping at ISO 1600 (some earlier Olympus compacts offered speeds of up to ISO 10,000) - unfortunately, it's still too much for the tiny, pixel-packed sensor to handle. For the most part, ISO 200 is OK and ISO 400 is usable, but sometimes you can easily see noise at the lowest settings too. Here are some 100% crops which show the noise levels for each ISO setting:

The Olympus mju 9010's lens offers a very versatile focal range, as demonstrated by the examples below.

The Olympus mju 9010 shoots JPEG only, and the available file quality settings are Fine and Normal. We have included a couple of 100% crops for you to see what the quality is like.

The Olympus mju 9010 handled chromatic aberrations well during the review, with only limited purple fringing seen along contrasty edges, as shown in the example below.

The Olympus mju 9010 has both a Macro and a Supermacro mode, albeit the zoom can only be used in the former. The shot below demonstrates how close you can get to the subject, in this case, a CompactFlash card. (In fact you can get even closer than that but lighting the subject becomes an issue beyond this point.) We have included a 100% crop from the centre of the frame to show you what the sharpness is like.

The available flash settings include Auto, Fill-In, Redeye Reduction and Off. These shots of a white ceiling were taken at a subject distance of 1m.

And here are some self-portraits. Redeye was not a real problem with the Olympus mju 9010 in this test. Of slightly more concern is the autofocus performance, which is somewhat hit-and-miss in low light.

The Olympus mju 9010 is not particularly well suited to night photography. In P mode, the slowest shutter speed is just ¼ of a second, which is why I took the night shot below in the Night Scene mode, in which the 9010 chose a shutter speed of 4 seconds at ISO 100.  That is the absolute slowest shutter speed the camera is capable of, so if you are seriously interested in night photography, the mju 9010 is probably not the camera for you. We have included a 100% crop to show what the quality is like.

Shadow Adjustment Technology or SAT is Olympus' solution to lifting the shadows in a contrasty scene, without blowing out the highlights. On the mju 9010, the effect was more subdued than on the 7040, which is a good thing.

The Olympus mju 9010 has four Magic Filters, including Pop Art, Pinhole, Fish-eye and Drawing. These examples demonstrate what each filter does.