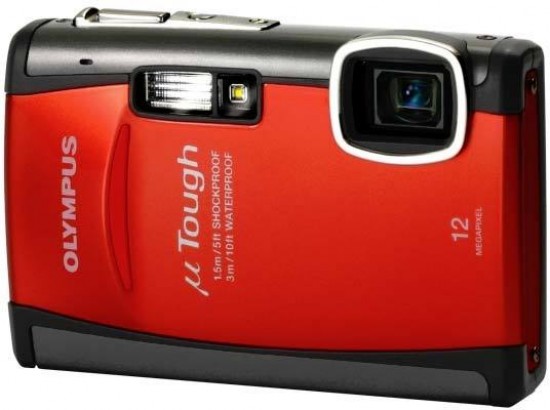 As we've noted with Olympus images in the past, left on the camera's fully auto default settings results can look distinctly flat - especially so with white-d out wintry skies prompting the camera to underexpose the shot. So it's apt that the 6010 has its 'magic filters' on board to boost contrast and saturation and add a bit of definition to what are rather uninspiring results straight out of the camera. That said we then found ourselves toning down the severity of the effects in Photoshop - particularly the at times garish Pop Art.

Another grumble: as we've found with other Olympus compacts when shooting at 28mm wide-angle setting, again on the 6010 there is some noticeable loss of focus towards the edges of the frame. The camera is also overly enthusiast in its automatic use of flash when, for practically any competing compact, there would be more than enough ambient light available. If you disable the flash, which we did, you then get into the situation that, when handheld at maximum telephoto, every second shot is soft. So you'll want to take a few images to get one you're happy with.

In terms of ISO, along with its erratic handling of white balance (never the high point of an Olympus' compact's performance), noise starts to intrude from as low as ISO 400, which is disappointing. At ISO 800, levels of image deterioration are akin to what closest point and shoot rivals display at ISO 1600; results at that top setting on the Olympus aptly resembling a blizzard. So, in summary, although this camera is supposedly an auto everything point and shoot - the best results are to be had with some careful judgement and selection at the point of capture and then a little image editing after the fact.

There are 6 ISO settings available on the Olympus Mju Tough 6010. Here are some 100% crops which show the noise levels for each ISO setting.

The Olympus Mju Tough 6010 handled chromatic aberrations well during the review, with limited purple fringing present around the edges of objects in certain high-contrast situations, as shown in the example below.

The Olympus Mju Tough 6010 offers a Super Macro setting that allows you to focus on a subject that is 2cms away from the camera when the lens is set to wide-angle. The first image shows how close you can get to the subject (in this case a compact flash card). The second image is a 100% crop.

The flash settings on the Olympus Mju Tough 6010 are Auto, Red-eye reduction, Fill-in, Off. These shots of a white coloured wall were taken at a distance of 1.5m.

The Olympus Mju Tough 6010's maximum shutter speed is 4 seconds in the Night scene mode, which is not great news if you're seriously interested in night photography. The shot below was taken using a shutter speed of 4 seconds at ISO 200.