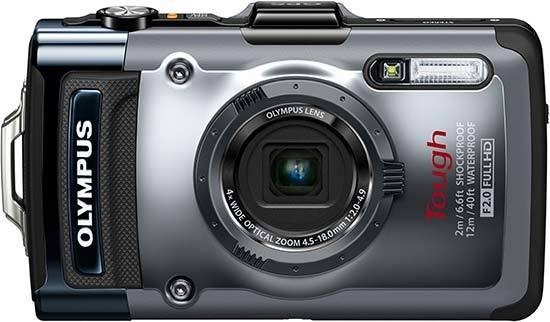 All of the sample images in this review were taken using the 12 megapixel Fine JPEG setting, which gives an average image size of around 4Mb.

During the test, the Olympus Tough TG-1 produced images of fairly good quality. A pixel-packed 1/2.33”-type sensor was never going to produce DSLR-like IQ, and it's clear that the camera's image processor applies some noise reduction to the images even at base ISO, which robs them of ultimate detail. Having said that, the camera produces very nice prints up to 8”x10” and a bit beyond as long as you stay below ISO 1600. The ISO 3200 setting is still usable for smaller prints and onscreen viewing, although overall saturation suffers at that point. ISO 6400 is clearly a step too far, with heavy detail smearing and a very noticeable loss of saturation. Overall, the image quality of the TG-1 is quite good for its class, and clearly a step up from its predecessors; thanks in a large part to the excellent lens.

The Olympus TG-1 has 7 sensitivity settings ranging from ISO 100 to ISO 6400. Here are some 100% crops which show the noise levels for each ISO setting.

The lens has a 35mm equivalent focal range of 25-100mm, which is quite useful.

Images from the Olympus TG-1 tend to be a little oversharpened, probably in an effort to mask the effects of noise reduction, which often lead to a lack of fine detail. That said, you can still apply some post-capture sharpening in an image editor if you’re so inclined.

There are two JPEG quality settings available on the Olympus TG-1, including Fine and Normal.

The Olympus TG-1 manages to keep chromatic aberrations to a minimum but you can still run into a bit of purple fringing when shooting at the wide end or in macro mode. The crops below show what you should expect in the worst case.

The Olympus TG-1 has a macro and a super macro mode. In the latter, you can get as close as 1cm to your subject but as the below example demonstrates, properly lighting your subject can be difficult. To address this, the Olympus TG-1 has a super macro with LED (S-Macro LED) function, in which the built-in LED illuminator is used to light the subject. However, this mode requires that you hold the camera at least 7cm from the subject, meaning the camera cannot capture such a tight field of view as shown below.

The available flash settings are Auto, Red-Eye Reduction, Forced On and Forced Off. Rather surprisingly for this class of camera, the built-in flash can also be used to wirelessly control a number of compatible flash units that are part of the Olympus Wireless RC Flash System. When used in this mode, all remote flashes need to be set to Channel CH1, Group A.

The built-in flash has a red-eye reduction mode but as shown here it cannot fully eliminate the problem.