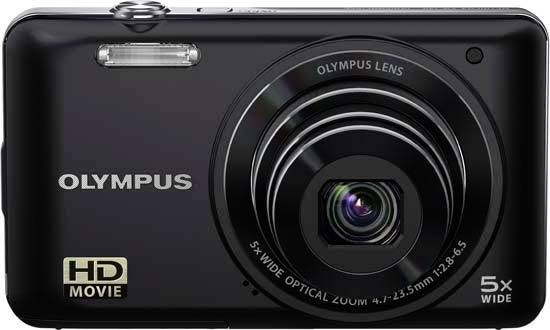 During the test, the Olympus VG-130 turned out average-quality images for its class. Colours were a bit muted at the default setting, although you could easily add some punch to your photos by applying the Pop Art filter, if that's what you are after. The  lens has a versatile focal range, but resolution is unfortunately low for a 14-megapixel camera, with fine details often lacking even at base sensitivity. The VG-130 tries to counter this by applying over-aggressive in-camera sharpening, but the result is not convincing. Chromatic aberrations weren't a huge issue, although you could spot them in some of our sample images. The supermacro mode worked very well, allowing the camera to capture an area that's smaller than a Compact Flash card. The  "magic filters" were fun, while the night shot was OK but not spectacular. Flash exposures were good but the redeye reduction setting made only a minor difference. The camera unfortunately doesn't offer mechanical or optical image stabilisation, which can result in blurred or noisy images in low-light conditions.

The lens has a versatile focal range equivalent to 26-130mm in 35mm terms.

The Olympus VG-130 applies some quite heavy-handed sharpening to the images it captures, perhaps in an attempt to mask the lack of fine detail. Therefore additional sharpening does not improve the look of the images much, if at all.

There are two JPEG quality settings, Normal and Fine. The camera does not offer raw image capture.

The Olympus VG-130 handled chromatic aberrations quite well during the review, with limited purple fringing seen in some of our sample images.

The VG-130 has an excellent supermacro mode that allows you to fill the frame with a subject that's smaller than a standard Compact Flash card.

The available flash settings are Auto, Redeye Reduction, Fill In and Off. These shots of a white ceiling were taken from a distance of 1.5m.

And here are some portraits. As you can see turning on Redeye Reduction does make a bit of difference, but cannot fully eliminate the dreaded redeye effect.

The camera's  minimum shutter speed is 4 seconds in the Night Scene mode, and only ½ of a second in most other modes, which is disappointing news if you are seriously interested in night photography.