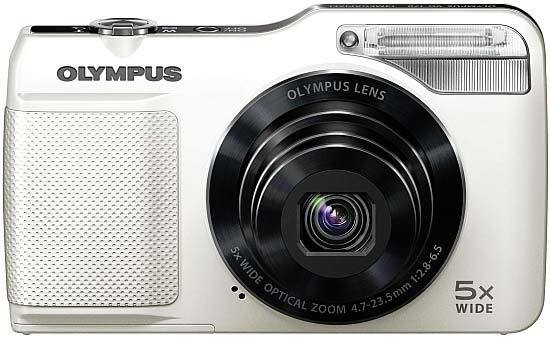 If you can get the weather nice enough or provide enough light, the low ISO pictures from the Olympus VG-170 are lovely and smooth. Not a sniff of noise, even when pixel peeping at more than full magnification. In fact, noise doesn't really appear until around ISO 800 and even then it's only subtle. Edge definition does break down earlier and if there were third stop exposures in the ISO range we would have been able to witness it decay more gradually. As it happens the picture are sharp until ISO 800 then boom!

It seems that the cameras is actually fitted with a jolly nice noise reduction system because at the top level ISO 1600, the pictures fail. Blue colour enters the pictures as big blobs in dark areas, alternative colours invade other areas of pictures around the mid-range. Edges are more choppy as well but even through all this, a picture is discernible and ok to use. An excellent performance from the Olympus VG-170. Of course with the large flash, there's no need to use a high ISO although the irony is that in long flash mode, the camera uses auto ISO locking the user out of the equation.

We sharpened a couple of the Olympus VG-170's test shots to see if they needed it. They certainly benefited it but even without, the pictures are sharp enough.

The Olympus VG-170 has two JPEG quality settings, Normal and Fine. The camera does not offer raw image capture.

We failed to find any traces of chromatic aberrations in the pictures. They generally appear on high contrast edges and with Winter in full swing, it's not easy to get that contrast. Still, we examined the sharp edges of pictures in the studio and still couldn't find any. It seems that the VG-170 has a very good lens built onto it.

As we just mentioned, the Olympus VG-170's lens is good. We got nice sharp pictures in macro mode. There's a little bit of barrel distortion at wide angle and with the super macro, you can't zoom out to get rid of it. Still, pictures are sharp, have excellent edge definition and are well exposed.

So far we're impressed with the VG-170 but the main feature of the camera is its over-sized, over performing flash. It can illuminate up to 8 metres instead of the usual 4-5 metres on a standard flash in a digital compact camera. There are downsides, though. It only records in 5 megapixel and locks most user input out of controls. Higher ISO is also added to the picture to increase the chances of a successful shot.

Pictures at night can be done either in program or the night shot scene mode. In our tests, they came out very similar although the night scene will allow longer exposures if need be. The pictures were sharp enough but we couldn't find a white-balance or even set a custom one to deal with the street lights. We wanted them to look more balanced.