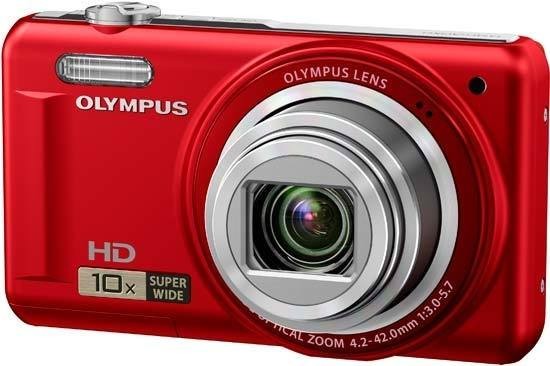 Although with plenty of light we were able to chance upon some sharp and warm, colour-rich results from the VR-310, which anyone would be happy with from an outwardly unassuming point and shoot, generally we felt these came about more by accident than design.

Like the VR-320 we were testing alongside this model, shots from the VR-310 are something of a mixed bag. At maximum 24mm equivalent wide angle we were getting a softening in definition towards the corners, while at maximum telephoto camera shake meant that our best efforts to get a sharp shot were often thwarted, though to a lesser degree than the 12.5x VR-320.

Some quite alarming purple fringing made itself evident between areas of high contrast, and at its worst images from the VR-310 resembled those from a camera phone, with burnt out highlights. We persevered however and among the selection displayed here believe there are at least a few keepers. Generally iAuto gets it right, but not all the time, so be prepared to sift through a few blurred shots to get to the sharp ones. As we say, performance can be hit and miss, but the cheap asking price goes someway to deflecting our critical barbs.

As for low light performance without flash, again it's a similar story to the VR-320: be prepared to disregard ISO 800 and ISO 1600 settings unless you're really desperate. Above ISO 400 noise levels do become very noticeable. Still, there's always the option to turn on the flash and most point and shooters will be happy to do just that.

The Olympus VR-310 has six sensitivity settings ranging from ISO 80 to ISO 1600. The 100% crops below show what the quality is like at each setting.

The Olympus VR-310 handled chromatic aberrations fairly well during the review, with some purple fringing present around the edges of objects in certain high-contrast situations, as shown in the examples below.

The Olympus VR-310 offers a Super Macro setting that allows you to focus on a subject that is 1cm away from the camera when the lens is set to wide-angle. The first image shows how close you can get to the subject (in this case a compact flash card). The second image is a 100% crop.

The flash settings on the Olympus VR-310 are Auto, Red-eye reduction, Fill-in, Off. These shots of a white coloured wall were taken at a distance of 1.5m.

And here are some portrait shots. Both the Flash On and the Auto/Red-eye Reduction settings caused a small amount of red-eye.

The Olympus VR-310's maximum shutter speed is 4 seconds in the Candle scene mode, which is not great news if you're seriously interested in night photography. The shot below was taken using a shutter speed of 0.5 seconds at ISO 400.