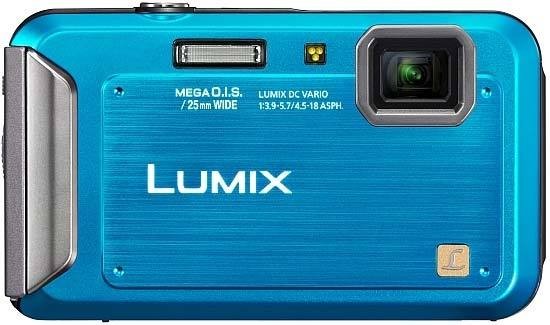 In terms of the FT20's low light performance, grain is already evident throughout the image at the base ISO 100 setting, with overall detail beginning to noticeably soften at ISO 200. It's best stick at ISO 100 if at all possible for a 'clean' image, although we'd be fairly happy shooting up to and including ISO 400 if pushed. ISO 800 and 1600 are just too noisy for regular use, which rather limits the FT20's low-light capability.

Images from the FT20 are sharp for the most part, displaying even exposure and a satisfactory degree of detail, although in comparison with an interchangeable lens compact camera they inevitably come off looking like they could be sharper still. As we've said, at the end of the day this is a camera for taking snapshots, so don't expect too many miracles.

With that in mind however there's little about the FT20's reliably consistent output that necessitates adjustment in Photoshop, though contrast and brightness levels can be improved on if we're being picky. Lens flare is likewise an occasional problem if shooting in bright sunlight, as is pixel fringing between areas of high contrast, but this isn't anything we hadn't expected in its compact class.

Colours are natural, veering towards warm on occasion - an assessment which is true of Panasonic's Lumix range as a whole, and, should the weather or conditions at the time of shooting be a little dull, the built-in Vivid colour mode can add some visual punch.

There are 5 ISO settings available on the Panasonic Lumix DMC-FT20. Here are some 100% crops which show the noise levels for each ISO setting.

The Panasonic Lumix DMC-FT20 handled chromatic aberrations well during the review, with limited purple fringing present around the edges of objects in certain high-contrast situations, as shown in the examples below.

The Panasonic Lumix DMC-FT20 offers a Macro setting that allows you to focus on a subject that is 5cms away from the camera when the lens is set to wide-angle. The first image shows how close you can get to the subject (in this case a compact flash card). The second image is a 100% crop.

The Panasonic Lumix DMC-FT20's maximum shutter speed is 60 seconds in the Starry Sky Mode scene mode (there are also 15 and 30 second options) and 8 seconds in the Night Scene mode, which is great news if you're seriously interested in night photography. The shot below was taken using a shutter speed of 15 seconds at ISO 100. The camera takes the same amount of time again to apply noise reduction, so for example at the 15 second setting the actual exposure takes 30 seconds.

The Panasonic Lumix DMC-FT20's Intelligent Resolution feature either makes a standard image look like a higher resolution one by processing the contour areas, texture areas and smooth areas individually, or it digitally boosts the zoom magnification from 4x to 8x.