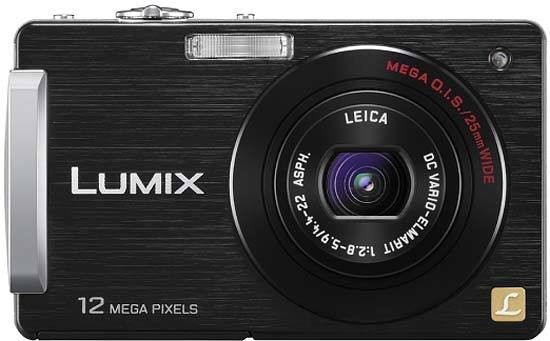 All of the sample images in this Review were taken using the 12.1 megapixel Fine JPEG setting, which gives an average image size of around 7Mb.

Shots from the Panasonic Lumix DMC-FX550 are crisp and clear with a nice level of detail provided and coolly naturalistic colours. That said, occasionally when shooting landscapes the camera can bias the green hues in the foreground and thus render what should be deep blue skies a rather unrealistic overly processed looking turquoise instead.

Under bright conditions there's also the usual subtle intrusion of pixel fringing between areas of high contrast in an image, but this only noticeable when zooming in and actively looking for it, and images are for the most part evenly exposed - unless you're dealing with the admittedly tricky scenario of flat grey featureless skies and dark foregrounds.

Under a smattering of typical conditions and subjects then the Panasonic Lumix DMC-FX550 performs well enough through its broad focal range. There is a degree of curvature/barrel distortion when shooting at maximum wide angle - most noticeable in our white wall shots - but again this isn't a deal breaker.

In terms of low light performance, noise makes an appearance at ISO 400, but again at a level that would not be noticeable unless zooming in to look for it in shadow areas - as we did. By ISO 800, such noise is starting to erode detail but the image remains usable. At ISO 1600 however pictures start to increasingly resemble impressionist paintings, which suggests that Panasonic was right not to tempt fate by offering a higher setting.

There are 6 ISO settings available on the Panasonic Lumix DMC-FX550. Here are some 100% crops which show the noise levels for each ISO setting.

The Panasonic Lumix DMC-FX550 handled chromatic aberrations very well during the review, with limited purple fringing present around the edges of objects in certain high-contrast situations, as shown in the example below.

The Panasonic Lumix DMC-FX550 offers a Macro setting that allows you to focus on a subject that is 5cms away from the camera when the lens is set to wide-angle. The first image shows how close you can get to the subject (in this case a compact flash card). The second image is a 100% crop.

The Panasonic Lumix DMC-FX550's maximum shutter speed is 60 seconds in the Starry Sky Mode scene mode (there are also 15 and 30 second options) and 8 seconds in the Night Scenery mode, which is good news if you're seriously interested in night photography. The shot below was taken using a shutter speed of 1/8th second at ISO 400. I've included a 100% crop of the image to show what the quality is like. The camera takes the same amount of time again to apply noise reduction, so for example at the 15 second setting the actual exposure takes 30 seconds.