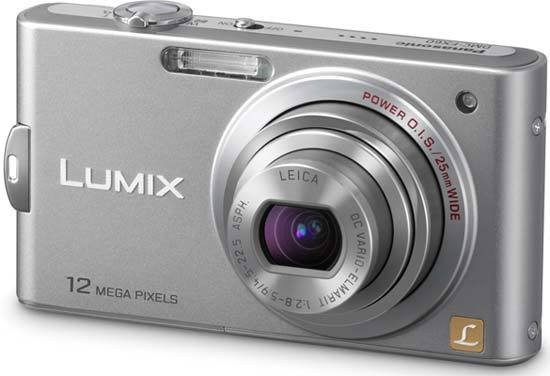 As we've found in the past with Panasonic Lumix snapshots - and this won't come as a big shock - the best pictures are achieved when there's plenty of light around, making the FX60 and its siblings perfect for those weekends in the Med (of which we can only dream) when you don't want a larger device or one on which you have to fiddle unduly with obtuse settings. However, back here in Blighty we were cursed with slate grey skies almost uniformly through the Wintry three weeks we had the FX60 for testing. Unsurprisingly then, results proved mixed.

In lower lighting conditions however we found the camera's AF didn't struggle to determine focus as much as the FX40 had when we tested it last year, though when in iA mode it will occasionally flit between settings as it tries to decide which best fits the bill for the given subject.

In terms of ISO performance it's a clean bill of health up to ISO 800 where noise is kept in check yet detail begins to soften. At ISO 1600 unsurprisingly we're losing detail further and noise is more readily visible. And yet, again it's kept well at bay and results match those taken at ISO 800 on £100 compacts. A decent performance then, given that this is pretty much a starter model itself, yet with a better build.

Continuing with the positives, the FX60 pictures are consistently warm and colourful, with good exposure and detail across the image when conditions are optimum. In lower, or less than perfect light images predictably suffer, but again this sort of performance is largely expected of a snapshot camera in its class.

There are 6 ISO settings available on the Panasonic Lumix DMC-FX60. Here are some 100% crops which show the noise levels for each ISO setting.

The Panasonic Lumix DMC-FX60 handled chromatic aberrations well during the review, with limited purple fringing present around the edges of objects in certain high-contrast situations, as shown in the examples below.

The Panasonic Lumix DMC-FX60 offers a Macro setting that allows you to focus on a subject that is 3cms away from the camera when the lens is set to wide-angle. The first image shows how close you can get to the subject (in this case a compact flash card). The second image is a 100% crop.

The Panasonic Lumix DMC-FX60's maximum shutter speed is 60 seconds in the Starry Sky Mode scene mode (there are also 15 and 30 second options) and 8 seconds in the Night Scene mode, which is great news if you're seriously interested in night photography. The shot below was taken using a shutter speed of 1/4th second at ISO 800. I've included a 100% crop of the image to show what the quality is like. The camera takes the same amount of time again to apply noise reduction, so for example at the 15 second setting the actual exposure takes 30 seconds.