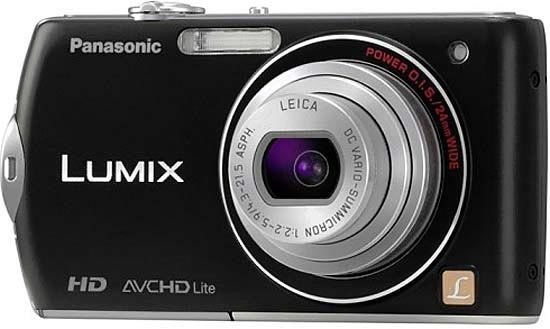 Reviews of the Panasonic Lumix DMC-FX70 from around the web.

It had to happen sooner of later. Panasonic has finally changed the design of its flagship luxury compact model, a body shape that has been around since the launch of the original DMC-FX1 in 2003, and continued virtually unaltered through the FX3, FX33, FX35, FX37, FX40 and even last year's FX60. However Panasonic has just launched the latest in the series, the new Lumix DMC-FX70, and has changed the design. Don't get too excited though; they've only changed one end of it.
Read the full review »

The 14.1-megapixel Lumix DMC-FX70 is one of Panasonic's top-end compact cameras. It's not quite in the same territory as the new Lumix DMC-LX5, which is aimed more at serious enthusiasts. Instead, it's pitched at tech-savvy shooters who lust after cutting-edge automation, 720p movies and touchscreen control. But is it worth £250 or thereabouts?
Read the full review »