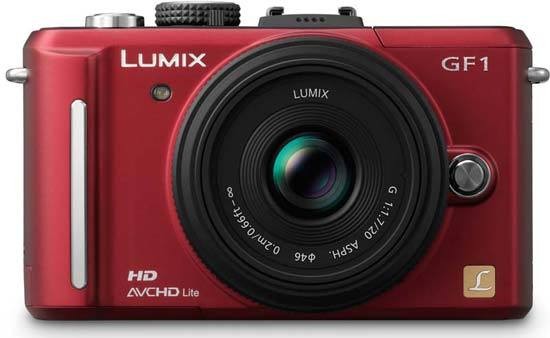 All of the sample images in this Review were taken using the 12M Fine JPEG image size option, which gives an average image size of around 5Mb.

The Panasonic Lumix DMC-GF1 produced images of excellent quality during the review period. It produces noise-free images at ISO 100 to 400, with limited noise starting to appear at ISO 800. ISO 1600 exhibits quite visible noise and loss of fine detail, and the fastest setting of ISO 3200 is even noisier but still usable. The images were a little soft straight out of the camera at the default sharpening level and ideally require further sharpening in an application like Adobe Photoshop, or you can change the in-camera setting if you don't like the default results. The various Film Modes allow you to quickly and easily customise the look of the camera's JPEG images. The pop-up flash worked well indoors, with no red-eye and good overall exposure. The night photograph was excellent, with the maximum shutter speed of 60 seconds allowing you to capture plenty of light.

There are 6 ISO settings available on the Panasonic Lumix DMC-GF1 which you can select at any time if the camera is in one of the creative shooting modes. There is no discernible noise at the slowest settings of ISO 100 and 200, and ISO 400 also looks excellent. There's a little noise and slight loss of detail at ISO 800, particularly in the shadow areas, but you have to look hard to find it. Image quality does start to deteriate at the fastest settings of ISO 1600 and particularly ISO 3200, but both settings are still perfectly useable. Here are some 100% crops which show the noise levels for each ISO setting:

The Panasonic Lumix DMC-GF1 has 2 different JPEG image quality settings available, with Fine being the highest quality option. Here are some 100% crops which show the quality of the various options, with the file size shown in brackets.

The Panasonic Lumix DMC-GF1 maximum shutter speed is 60 seconds and there's also a Bulb option for exposures up to 4 minutes long, which is excellent news if you're seriously interested in night photography. The shot below was taken using a shutter speed of 15 seconds at f/8 at ISO 100. I've included a 100% crop of the image to show what the quality is like. The camera takes the same amount of time again to apply noise reduction, so for example at the 15 second setting the actual exposure takes 30 seconds.