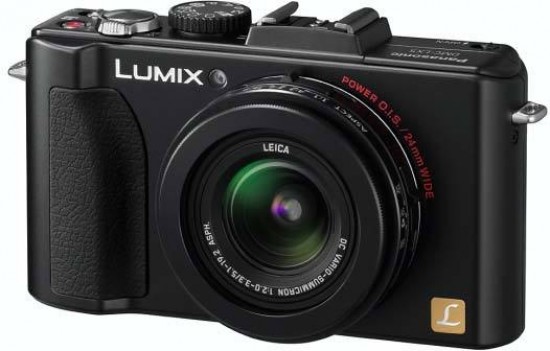 All of the sample images in this Review were taken using the 10 megapixel SuperFine JPEG setting, which gives an average image size of around 4Mb.

Our first encounter with the LX5 was under bright blue skies when it unsurprisingly did very well, delivering even exposures and maintaining both highlight and shadow detail extremely effectively. For a more prolonged period of testing we were faced with dull conditions back in the UK that had us switching to 'Expressive' colour mode and trying to drag something usably enticing from the murk. In any event the camera still managed to deliver bright and clear images and sharp with it - picking out the well-disguised pimples on a model's made-up face for example - a testament to both lens and sensor working harmoniously.

Neither pixel fringing nor barrel distortion are particularly problematic, and, colour-wise, on default settings images settle on the vivid side of naturalistic. Skin looks altogether healthier, the natural world looks more verdant; what could anyone have to complain about?

And then we come to the LX5's low light performance. Up to ISO 1600 images are clean and relatively noise free. Indeed we'd suggest that performance at ISO 1600 is the equivalent of ISO 800 on lesser compacts, including Lumix models lower down the manufacturer's own range. Stray above this and, perhaps inevitably, we start to run into problems, noise noticeably intruding at ISO 3200 and, as mentioned in the main body of the review, resolution falling off at higher ISO 6400 or 12800 setting. Though results at these options begin to look distinctly painterly despite that, better that slightly abstract look than appear as if viewed through a sandstorm.

There are 9 ISO settings available on the Panasonic Lumix DMC-LX5. Here are some 100% crops which show the noise levels for each ISO setting for both JPEG and RAW file formats:

The Panasonic Lumix DMC-LX5 handled chromatic aberrations excellently during the review. There's very slight purple fringing between areas of high contrast, but it's only noticeable on really close inspection, as shown in the example below.

The Panasonic Lumix DMC-LX5 offers a Macro setting that allows you to focus on a subject that is 1cm away from the camera when the lens is set to wide-angle. The first image shows how close you can get to the subject (in this case a compact flash card). The second image is a 100% crop.

And here are a couple of portrait shots. The Forced On setting caused a small amount of green-eye which the Auto/Red-eye Reduction option completely removed.

The Panasonic Lumix DMC-LX5's maximum shutter speed is 60 seconds in Manual shooting mode and the Starry Sky Mode scene mode, which is great news if you're seriously interested in night photography. The shot below was taken using a shutter speed of 6 seconds at ISO 80. I've included a 100% crop of the image to show what the quality is like.