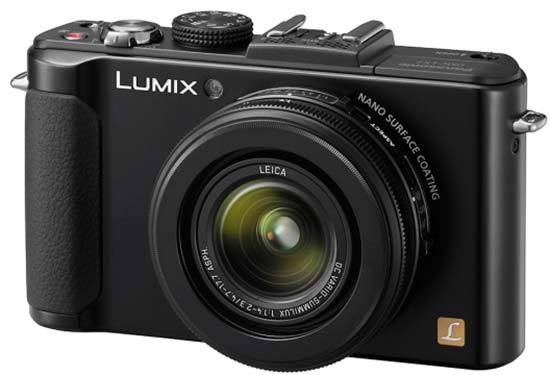 The Panasonic Lumix DMC-LX7 produced images of very good quality during the review period. The Panasonic Lumix DMC-LX7 dealt extremely well with chromatic aberrations, with limited purple fringing effects appearing only in high contrast situations. The pop-up flash worked well indoors, with no red-eye and adequate exposure. The night photograph was excellent, with the maximum shutter speed of 60 seconds allowing you to capture plenty of light.

Anti-shake is a feature that sets this camera apart from its competitors and one that works very well when hand-holding the camera in low-light conditions or when using the telephoto end of the zoom range. Macro performance is amazing, allowing you to focus as close as 1 cm away from the subject (although it's difficult to get the lighting correct at such a close distance). The images were a little soft straight out of the camera at the default sharpening setting and ideally require further sharpening in an application like Adobe Photoshop, or you can change the in-camera setting if you don't like the default results.

And then we come to the LX7's low light performance. Up to ISO 1600 images are clean and relatively noise free. Indeed we'd suggest that performance at ISO 1600 is the equivalent of ISO 800 on lesser compacts, including Lumix models lower down the manufacturer's own range. Stray above this and, perhaps inevitably, we start to run into problems, noise noticeably intruding at ISO 3200 and 6400 and, as mentioned in the main body of the review, resolution falling off at the fastest 12800 setting.

There are 9 ISO settings available on the Panasonic Lumix DMC-LX7. Here are some 100% crops which show the noise levels for each ISO setting for both JPEG and RAW file formats:

The Panasonic Lumix DMC-LX7 has 2 different JPEG image quality settings available, with Fine being the highest quality option. Here are some 100% crops which show the quality of the various options, with the file size shown in brackets.

The Panasonic Lumix DMC-LX7 handled chromatic aberrations excellently during the review. There's very slight purple fringing between areas of high contrast, but it's only noticeable on really close inspection, as shown in the example below.

The Panasonic Lumix DMC-LX7 offers a macro setting that allows you to focus on a subject that is 1cm away from the camera when the lens is set to 24mm wide-angle. The first image shows how close you can get to the subject (in this case a compact flash card). The second image is a 100% crop.

And here are a couple of portrait shots. Neither the Forced On or Auto/Red-eye Reduction options caused any amount of red-eye.

The Panasonic Lumix DMC-LX7's maximum shutter speed is 60 seconds in the Manual shooting mode and the Starry Sky Mode scene mode, which is great news if you're seriously interested in night photography. The shot below was taken using a shutter speed of 15 seconds at ISO 200.

The Panasonic Lumix DMC-LX7 has an antishake mechanism which allows you to take sharp photos at slower shutter speeds than other digital cameras. To test this, I took 2 handheld shots of the same subject with the same settings. The first shot was taken with the stabilizer turned off, the second with it turned on. As you can see, with image stabilisation turned on, the images are sharper than when it's turned off.

The Panasonic Lumix DMC-LX7 has 6 preset Photo Styles, with Standard as the default setting. The contrast, sharpness, saturation and noise reduction can be individually set for each picture style, and there is also a Custom style so that you can create your own look.

The Panasonic Lumix DMC-LX7 has an extensive range of Creative Controls, denoted by an artist's palette on the shooting mode dial, with 16 different options on offer.