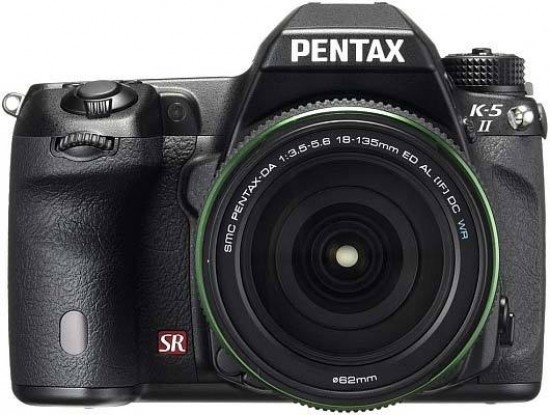 Reviews of the Pentax K-5 II from around the web.

The main improvements in the K-5 II include a new autofocus system called SAFOX X, which operates in low light down to -3EV, and a redesigned LCD screen, which is easier to see outdoors. In addition to these changes, the K-5 IIs also employs a filterless sensor design, meaning that it will be able to deliver a much higher effective image resolution. In almost all other respects, the K-5 II and IIs are identical to its predecessor. The K-5 II is launching with an MSRP of $1199 in the US, while the K-5 IIs is only $100 more. The original K-5 cost $1749 back in 2010.
Read the full review »