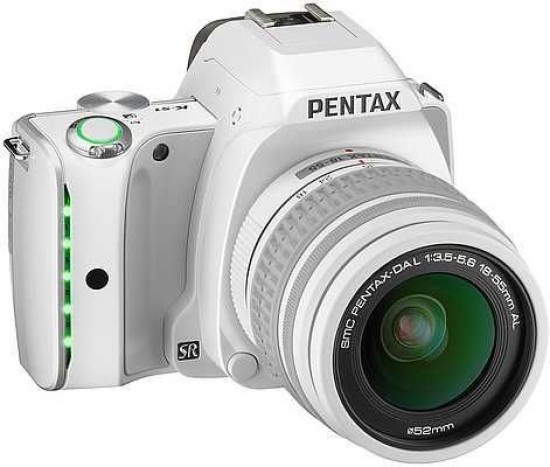 The Pentax K-S1’s new 20.1-megapixel APS-C sensor isn’t quite as pixel packed as the 24.2MP chip in the D3300, but it’s a marked increase over the old 16.3MP K-500, and the difference is boosted by the new camera not having an optical low pass filter.

Detail is impressively well resolved, even at ISO3200, and it’s only at ISO6400 where grain and noise reduction processing start to obscure very fine detail. Grain and colour speckling are more obviously visible at ISO12800, but the setting is still perfectly usable, as is ISO25600 if you’re prepared to downsize images a bit to minimise the level of visible grain. However, ISO51200 is very much a last resort for use in very low light due to high noise and low detail levels.

When you’re not scrutinising detail, the Pentax K-S1 still produces impressive images thanks to its vibrant colour reproduction and excellent dynamic range. Images are accurately exposed, and, unlike some of Pentax’s DSLRs of old, the K-S1 is less prone to underexpose high contrast scenes.

Of course your choice of lens has a big impact on the camera’s image quality, but the 18-55mm kit lens performs well. Sharpness is high, right to the corners of frame. Minor barrel and pincushion distortion is visible at either end of the focal range, but activating the K-S1’s automatic distortion correction feature instantly and effectively resolves this. Chromatic aberration is also evident on high contrast boundaries, and whilst the camera can automatically correct lateral chromatic aberration, it does leave some visible fringing.

Although the standard 18-55mm kit lens is not a dedicated macro lens, it’ll still focus as close as 11cm from your subject and will do so even when using a 55mm focal length. Consequently it’s surprisingly easy to capture detailed close-up shots with a smooth background bokeh blur.

The Pentax K-S1’s built-in flash has an approximate power rating of GN10. Our testing revealed the flash produces only minor vignetting when shooting a white scene from a distance of 1.5m at an 18mm focal length. Red-eye is also successfully eliminated, even without using red-eye reduction.

The camera’s Night Scene mode seems to offer little benefit over using conventional Auto mode, as both modes work by raising the sensor sensitivity. This scene is captured in Night Scene more, but with auto ISO capped at ISO400, giving a 1.5-second shutter speed at f/4.

Pentax’s Shake Reduction system does a great job of compensating for camera movement and allows you to use up to a 4-stop slower shutter speed than would be possible with the system switched off. Shake Reduction is less essential when shooting at the short focal lengths of the 18-55mm kit lens, but it comes into its own in low light and when using telephoto lenses.

The Pentax K-S1 follows in the wake of cameras like the K-5 IIs and Nikon D810 by not including an optical low pass filter. These are fitted to most cameras to eliminate the problem of moiré. If you’ve ever seen someone on television wearing a pinstripe shirt, chances are strange wavy coloured bands (moiré) may appear across it.

This effect is produced when repetitive detail patterns are too fine for an image sensor’s pixel array to capture accurately. Fitting an optical low pass filter in front of the sensor guards against the phenomena by blurring an image ever so slightly, but just enough to take the edge off fine patterns and eliminate moiré. Trouble is, the filter blurs every single shot, yet most scenes you snap are unlikely to feature moiré-inducing patterns.

Nowadays larger, high-megapixel sensors are less susceptible to moiré, hence the potential to capture more detail by removing the optical low pass filter outweighs the rare instances where moiré may be visible. In reality, the extra detail benefits are very subtle and you’ll probably need to shoot using a tripod, low ISO sensitivity and a high quality lens set at its optimal aperture to see a difference.

But on the flip side, any problems with moiré are so uncommon you’re only likely to encounter them when shooting resolution test charts in a studio environment. If you do ever spot some interference in the real world, the K-S1 has a simulated optical low pass simulator. This works using the sensor’s Shake Reduction mechanics, which minutely vibrate the sensor to create the same level of blur as a conventional optical low pass filter provides. But the beauty of this system is you can choose when to use it.