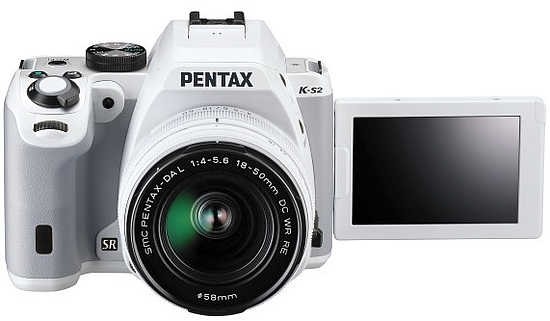 Directly from the camera, images display a good level of colour warmth and vibrance. If you’re not happy with how the images look, you can experiment with colour by changing the Custom Image setting, and you’ve got a good range of options to choose from including Vibrant, Bright, Neutral, Radiant and so on, along with other more creative options such as Monochrome, Bleach Bypass and Reversal Film. The good thing here is that you can shoot in raw format so you’ll have a clean version of the image should you need it.

You can also experiment by using different digital filters, such as Toy Camera or Invert Color. These are more extreme, but they’re worth investigating if you like that kind of thing to see if any take your fancy.

There’s also a good amount of detail resolved by the Pentax K-S2’s AA-filterless 20 million pixel sensor. If you look at an image at full size at low sensitivity, you can see hardly any occurrence of image smoothing, which is pleasing to see. Moving through the sensitivity range, we can see that detail is retained well even when using high settings, such as ISO 3200. While there is some image smoothing to be seen at these kinds of values, noise is barely apparent which leaves you with an overall great impression.

The Pentax K-S2 can shoot at up to ISO 51200, and while this isn’t something that is generally recommended for most scenarios, if it’s really, really dark and you need to get the shot, it’s better than nothing at all - although of course you will be left with grainy, noisy images. The top setting I’d recommend using for most scenarios is 12800, which leave you with an overall good impression of detail if you’re sharing or printing at small sizes. Stick to ISO 3200 or below for the best quality.

Automatic white balance copes well most of the time to produce accurate colours. It became ever so slightly confused by an overcast, late afternoon sky on a couple of occasions, but otherwise the camera is pretty good in natural lighting conditions. Under artificial lighting, it’s very good, erring on the side of ever so slightly too much warmth. If you’re after ultimate accuracy, it’s a good idea to switch to a more appropriate white balance setting, such as Tungsten.

One slight concern is that when using the kit lens, it’s possible to see some examples of purple fringing along high contrast edges. It’s something I’ve seen before with Pentax cameras, and although it’s not something that presents itself in every image, it’s disappointing to see it at all.

The KS-2 can shoot in both Pentax’s proprietary raw format, PEF, or in the universal raw format, DNG. At the time of writing, the PEF files from the K-S2 cannot be read by Adobe Camera Raw, but as its universal, the DNG files can be. Looking at the equivalent DNG files, it’s possible to see that a fair amount of noise reduction is applied to the output JPEGs directly from the camera. While this results in an overall good impression for the image, if you prefer to take control over the noise yourself - and therefore produce a good balance between detail and noise reduction, you can do that with the raw files.

The Pentax K-S2’s built-in flash has an approximate power rating of GN10. Our testing revealed the flash produces only minor vignetting when shooting a white scene from a distance of 1.5m at an 18mm focal length. Red-eye is also successfully eliminated, even without using red-eye reduction.

And here are a couple of portrait shots with the flash turned Off and On.

The Pentax K-S2 lets you dial in shutter speeds of up to 30 seconds and has a Bulb mode as well for exposure times of practically any length, which is very good news if you are seriously interested in night photography. The shot below was taken using a shutter speed of 30 seconds at ISO 100.

Turn the Pentax K-S2’s mode dial to ‘Effects’ and 11 colour filters are available to help spice up your shots. All are applied at full resolution.

11 custom images are available to help spice up your shots. All are applied at full resolution.

The Pentax K-S2 follows in the wake of cameras like the K-5 IIs and Nikon D810 by not including an optical low pass filter. These are fitted to most cameras to eliminate the problem of moiré. If you’ve ever seen someone on television wearing a pinstripe shirt, chances are strange wavy coloured bands (moiré) may appear across it.

This effect is produced when repetitive detail patterns are too fine for an image sensor’s pixel array to capture accurately. Fitting an optical low pass filter in front of the sensor guards against the phenomena by blurring an image ever so slightly, but just enough to take the edge off fine patterns and eliminate moiré. Trouble is, the filter blurs every single shot, yet most scenes you snap are unlikely to feature moiré-inducing patterns.

Nowadays larger, high-megapixel sensors are less susceptible to moiré, hence the potential to capture more detail by removing the optical low pass filter outweighs the rare instances where moiré may be visible. In reality, the extra detail benefits are very subtle and you’ll probably need to shoot using a tripod, low ISO sensitivity and a high quality lens set at its optimal aperture to see a difference.

But on the flip side, any problems with moiré are so uncommon you’re only likely to encounter them when shooting resolution test charts in a studio environment. If you do ever spot some interference in the real world, the K-S2 has a simulated optical low pass simulator. This works using the sensor’s Shake Reduction mechanics, which minutely vibrate the sensor to create the same level of blur as a conventional optical low pass filter provides. But the beauty of this system is you can choose when to use it.